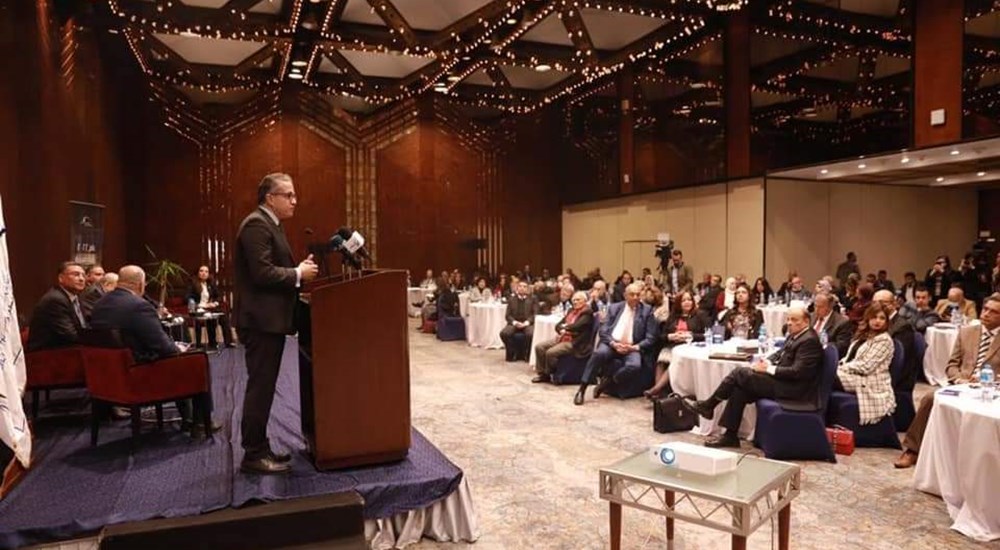 This evening, Dr. Khaled El-Anany, Minister of Tourism and Antiquities, participated in the symposium organized by the Library of Alexandria on upcoming public initiatives entitled “The year 2022 .. an Egyptian vision”, the climate summit, the archaeological openings, the administrative capital, and the role of civil society in partnership with the state in achieving development and expanding investment opportunities.

The archaeological clones factory, which is considered the first factory for preparations in Egypt and the Middle East, as well as the procession of royal mummies, and the inauguration of the Egyptian civilization in Fustat, will open the local colonies with the work that has been done to raise the efficiency of liberation.
He pointed to the opening of the mosque and mausoleum of Imam al-Shafi’i, and the archeology museums in Halls 2 and 3 at Cairo International Airport, in addition to the development of the southern cemetery of King Djoser in Saqqara, the opening of the procession road known in the media as the Rams Road, and the Luxor event that was used in the past to promote tourism in the governorate.

Its opening was completed soon after the completion of its project, the opening of other areas or points of the path, the journey of the Holy Family such as Muhammad Ali Palace, and the Greek Museum.

Products, products, novelties, works and related items, as nearly 99% of the production volume has been completed. King Tutankhamun's collection with its two display cases After installing 100% of the curtains, more than 55 thousand artifacts were transported and restored.

The minister said that the alliance of the Khufu Group of Companies Alliance was signed.

In his speech, Dr. Khaled El-Anani highlighted the most important events, events and notable events that the year 2022 will witness, the start of the operation of the 100th anniversary of the discovery of the tomb of King Tutankhamun, the 200th anniversary of the symbols of Egyptian writing and the emergence of Egyptology, in addition to organizing a major event in February, the next venue. This exhibition through the Ministry of Culture and especially that this orthogonal is another place again will agree 22/02/2022.

He also spoke about ancient Egyptian, and how archaeologist Jean-François Champollion was able to decipher it.

Tourism Minister to 2022, hosts the 48th meeting of the Regional Committee for the Eastern ...

Khaled El-Anany reviewed the features of the strategy...