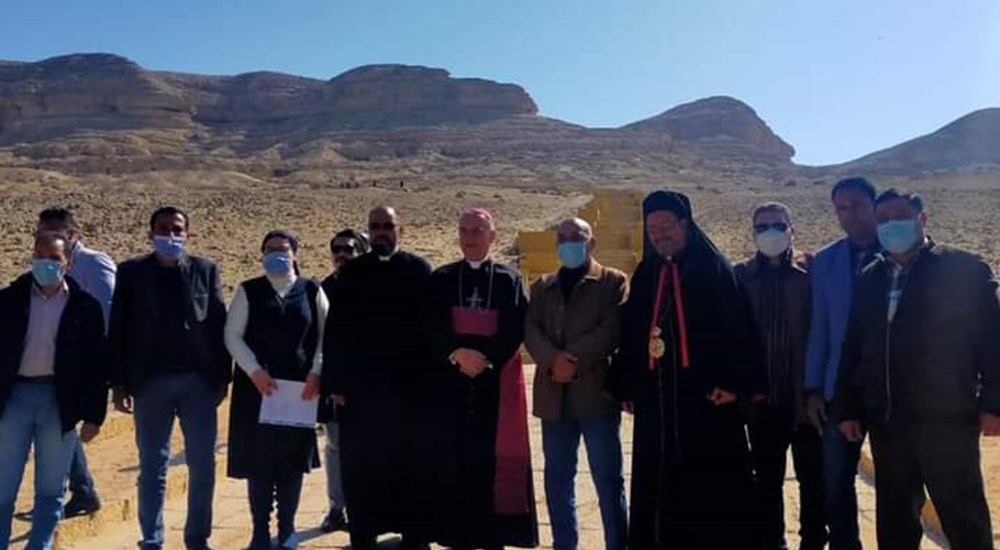 The ambassador of the Vatican visited the tombs of the 16 rulers of the Middle Kingdom, including the tomb of Khiti and the tomb of Khnum Hotep. He admired the scenes and their inscriptions that tell a lot about ancient Egyptian daily life. He also admired the sports scenes on the walls of the tombs.

During the visit, the Vatican ambassador praised Egyptian civilization and said he admired the antiquities of Minya and Beni Hassan. He promised to visit it again, he also praised the precautionary measures and hygiene safety regulations applied by the Ministry of Tourism and Antiquities in the archaeological sites.

Ambassador Christian Berger of the European Union in Cairo and an accompanying delegation visited Tuna al-Gabal antiquities site in Minya. They expressed their great admiration for the tomb of the High Priest Petusiris and the scenes and inscriptions it contained. They listened to a detailed explanation of the tomb of Isadora. The Ambassador expressed his astonishment and of the greatness, eternity and mystery. He also visited the catacombs of the sacred necropolis for birds and animals, the symbol of the God Tut.