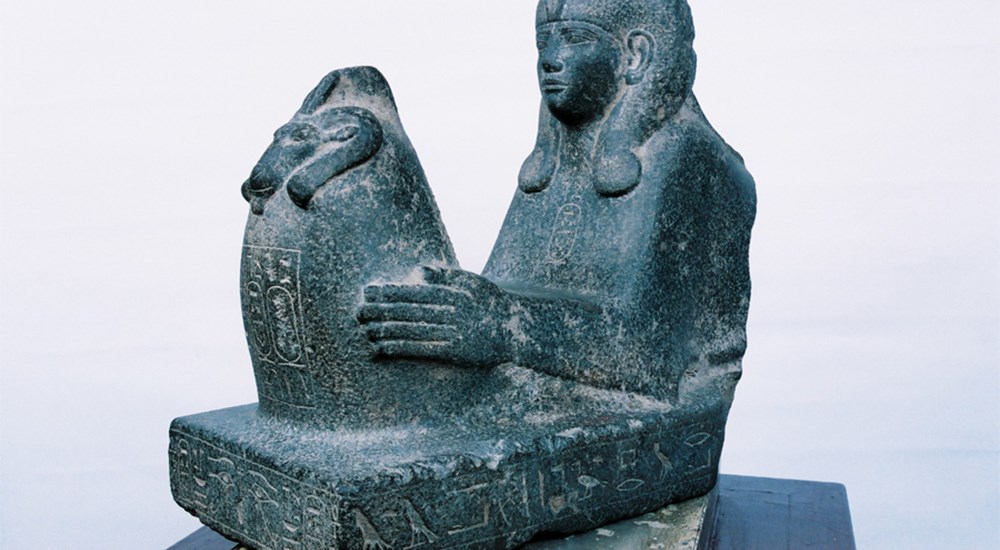 She was a daughter of King Piye (743-712 B.C) of the 25th dynasty. She held the title "god's wife of Amun" which was a high position during the late period.

The first statue is a gilded schist statue of Shepenwepet II, found in the Mortuary Temple of Ramesses III at Medinet Habu in Luxor.

The second one is a basalt forepart of a Sphinx of Shepenwepet II holding a ram-headed vase. It was found in Karnak Cachette, and excavated by G. Legrain for the EAS (Egyptian Antiquities Service) in 1904.