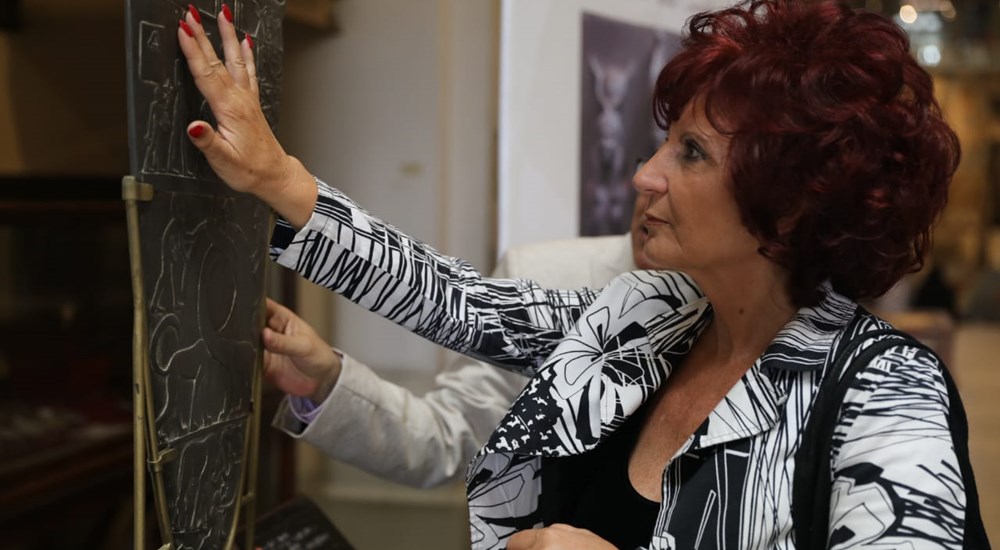 With the attendance of 16 foreign Ambassadors in Cairo.

the initiative has been developed by the Italian Archaeological Centre of the Italian Cultural Institute in Cairo in collaboration with the Egyptian Museum and the “Museo Tattile Statale Omero” in Ancona, in the framework of the program “Vivere all’Italiana” of the Italian Ministry for Foreign Affairs. As superpowers of cultural heritage, Italy and Egypt share the common interest to allowing everybody access to eternal masterpieces of ancient art. Accessibility to cultural heritage for visually impaired is a very important challenge. Italy offers its solid experience in this field to respond to the Egyptian authorities willingness to provide equal opportunities to people with disabilities in access to Museums and their artefacts. The new special itinerary relies upon the expertise of the Omero Museum in Ancona, where visually impaired enjoy art with the rest of the public. The new path at Tahrir Museum is ready to be expanded and the whole initiative can be replicated in other museums. The main aim of the initiative is sharing with Egypt the Italian know-how in the field through a capacity building approach. The training course dedicated to museum operators, scheduled from 16th to 19th of June, is in fact a very significant and emblematic part of the program.
The itinerary includes twelve masterpieces of the Egyptian art from the whole pharaonic history. Every object in the path is made in very hard Egyptian stone (such as granite and greywacke) and it can be touched and acknowledged with labels in Braille language and electronic audio devices.