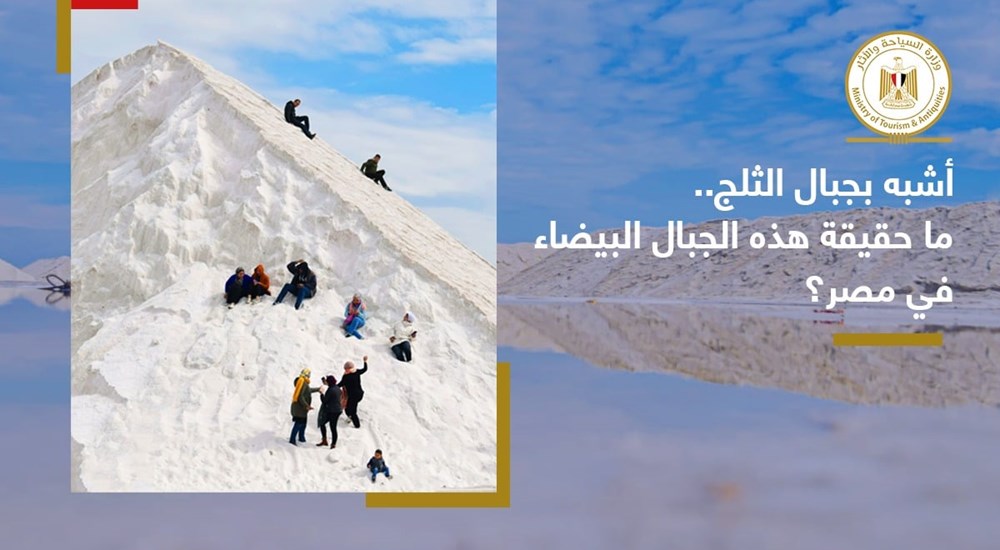 CNN Arabic continues publishing reports on Egypt’s unique touristic destinations. Under the title "Like Snow Mountains ... What are These White Mountains in Egypt?" , the report showcased Port Fouad’s salt mountains and compared them to the snow mountains in Europe.

The report pointed out that the Salt Mountains have become a tourist attraction to Egyptians to watch these towering white mountains and ski on them, becoming Egypt's icebergs.

The report included photos taken by the Egyptian photographer Mohamed Wardani, who is working on a project to rediscover Egypt from a different perspective and shed light on touristic and heritage filled places. He covered various scenes of the Salt Mountains in the “Salt City of Port Fouad”, describing them as beautiful and bright, and that they resemble snow mountains at the North Pole .

The Egyptian photographer recommended visiting the Salt Mountains during winter in order to evoke a real winter vibe. In addition to that, he said that sitting on the salt pulls negative energy out of the body, which makes visiting them physiotherapy sessions that treats diseases.
https://arabic.cnn.com/…/…/17/salt-mountains-port-said-egypt