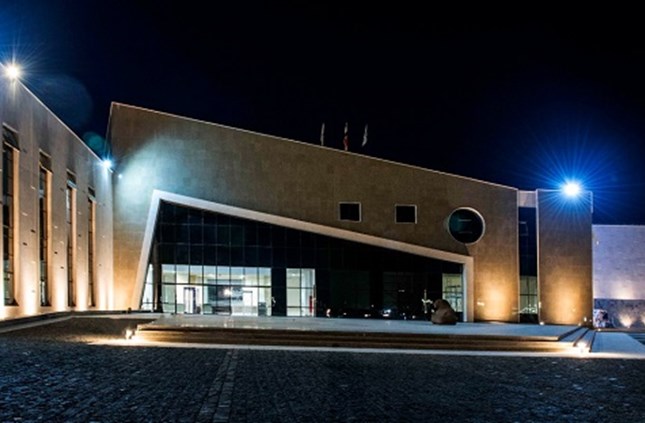 The idea for the museum, was first suggested in 2006, and in 2017 construction was complete.

The museum’s display scenario broadly reflects the different aspects of human civilization and culture in general, while shedding light specifically on ancient Egyptian civilization. This is done through a selection of historical objects that were carefully chosen from museum storage rooms.

The museum’s Grand Hall presents a history of humans and wildlife in ancient Egypt, and highlights ancient Egyptian civilization’s preoccupation with science, mathematics, industry, crafts, family life, and love for animals to the point of reverence. To showcase this point, animal the Grand Hall is where animal mummies are displayed.

In the Hall of Civilization are displayed the beautiful inner and outer coffins of Isetemheb, the wife of the high-priest of AmunPanedjem II, who was herself a priestess of Isis, Min, and Horus in Akhmim. Notable also are Isetemheb’scanopicjars,papyrus collection, cosmetics,and perfume vessels, the head of a statue of Hatshepsut, and tanagrafigurines depicting women wearing a variety of dresses, in addition to objects that display Sinai’s cultural heritage.