Sabil of Muhammad Ali in al-‘Aqadin 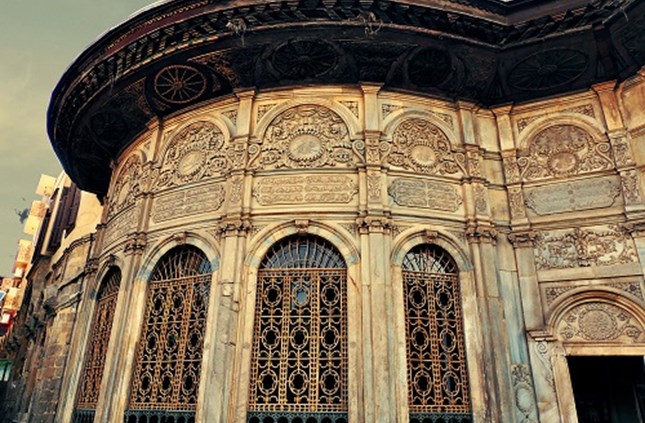 This sabil is located in the al-Aqadin area on al-Mu’izz Street. It consists of a sabil (water fountain) and kuttab (school) surmounted by several rooms in two levels. The Sabil was established for a charitable purpose as it provides passersby with water.

The sabil was built in the distinctive Ottoman style, the façade is semi-circular with five copper windows, and the marble decorations and oil paintings on the façade were executed in the Baroque and Rococo style. The façade was also decorated with verses of poetry written in the Ottoman Turkish language.