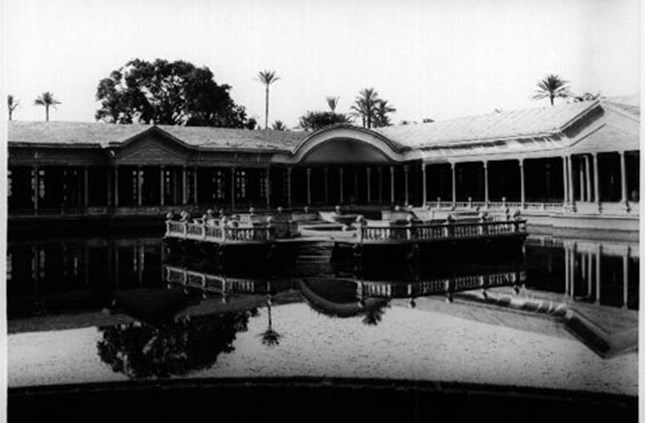 The Palace of Muhammad Ali Pasha (1220-1264 AH \ AD 1805-1848), is a rare masterpiece that combines elements of European aesthetics with Islamic architecture.

Its construction began in 1223 AH / AD 1808, when Muhammad Ali decided to build Shubra Suburb, which was the northern promenade of Cairo. The palace was far from the Salah al-Din al-Ayyubi Citadel, which at the time was the seat of government. the Muhammad Ali Palace has become known as Paradise Palace or Shubra Palace.

The architectural plan of the palace was centred within a massive garden that included clusters of buildings surrounded by a wall. Initially, the palace consisted of the Saraya al-Ekama (Residential Palace), Saraya al-Fasqiya (Fountain Palace) and the Gabalaya Kiosk. It also included a bird tower, boat harbour, water wheel that provided the palace and its garden with water, and stables known as the Shubra Stables.

The style employed in the palaces took on the character of Italian and French aesthetics.This was also the first building in Egypt to incorporate a modern lighting system.