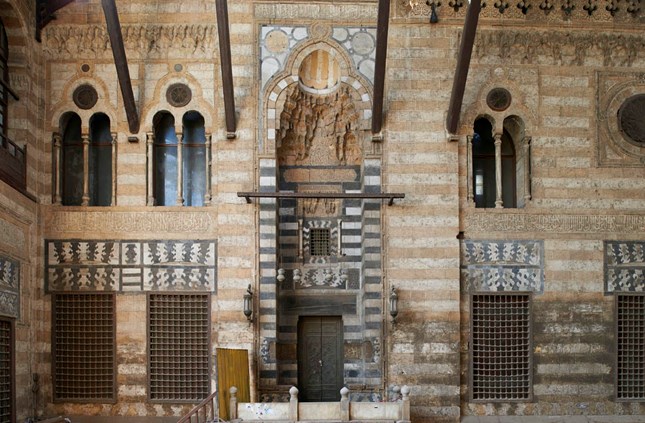 The mausoleum’s dome is distinguished by its decorative elements and magnificent mihrab. However, al-Ghawri was never buried here, as he died in the levant in 922 AH/ 1516 AD. Beside it is a Khanqah for Sufis. Its wooden ceiling contains gilded decorations. There is also a sabil, kuttab, and a royal seat on the northern wing of this complex.