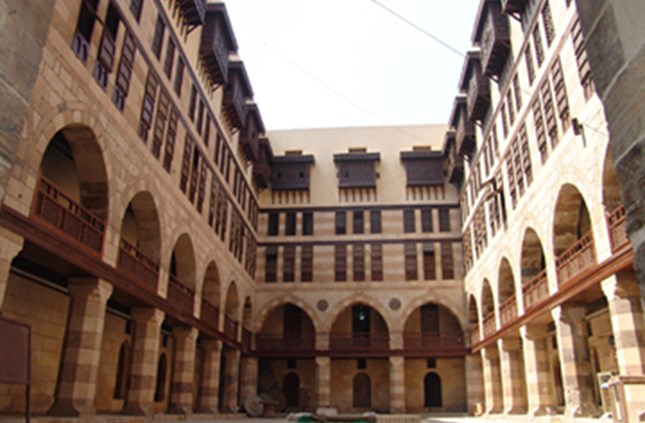 The vast majority of the wikala’s architectural features still survive today, thanks to the efforts of the Committee of Conservation of Arab Antiquities to restore the complex in 1357 AH/ 1947 AD.

The main façade containing the main entrance is on the south. The wikala consists of five levels. An open rectangular courtyard lies on its centre and surrounded on all four sides by chambers. The five floors overlook the courtyard. The first and second floors were used as places for store and selling merchandises. The upper three floors were used as residences for the public and merchants.