The Umayyad Caliphate (41-132 A.H/661-750 A.D) was founded by Muawiya ibn Abi Sufyan (661–680 AD). Damascus was the capital for most of its history. The borders of the Islamic World were expanded greatly, spanning Morocco and the Iberian Peninsula in the west, to Pakistan and Afghanistan in the east. The Umayyad Caliphate reached its fullest territorial extent during the reign of Caliph Hisham ibn Abd al‑Malik (724–734 AD), but borders and newly acquired territories were difficult to control.

Egypt was an important part of the Umayyad Caliphate. It was first conquered and incorporated into the Islamic World in the time of the Rashidun Caliph ‘Umar ibn al‑Khattab by general ‘Amr ibn al‑‘As, who was then made its governor. Caliph Muawiya ibn Abi Sufyan reappointed him in this position. 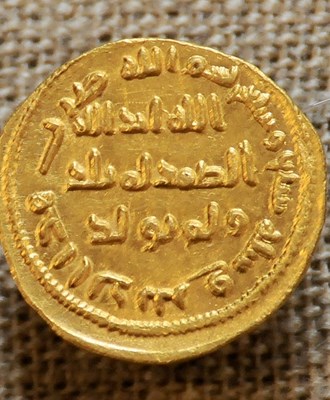