The Fatimid state was Egypt’s golden period in which Islamic art was consummate. Egyptian artists left behind many relics and monuments that attest to their great skill and meticulousness in various art forms. The Fatimids invaded Egypt in 358 AH/ 969 AD and subsequently founded a new city, Cairo, north of Al Fustat, making it their capital. Al-Azhar was the first mosque they established in Cairo. 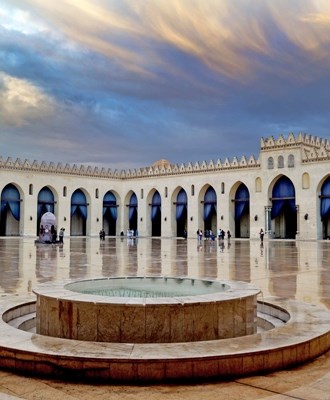