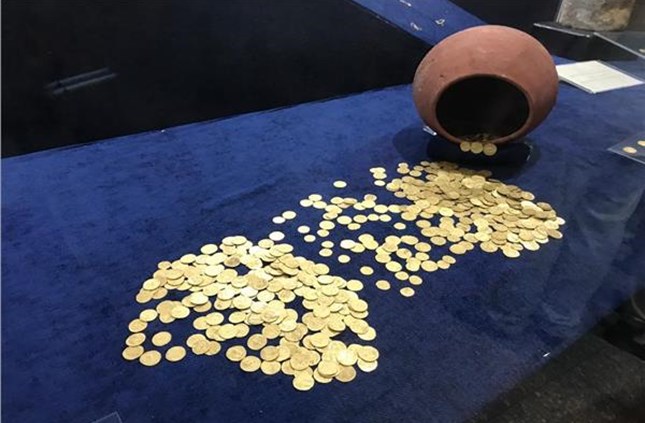 The exhibition includes 747 pieces, the most important of which is a group of gold bracelets found in the Luxor Temple in the year 1966-1968 AD, a braided gold bracelet decorated with a snake head, a pair of gold earring, one of them decorated with three beads of vines, a single golden earring with five beads A gold ring of a child on top of a scarab found in the excavations of the American-Dutch mission - Branes in red sea. Two pieces of gold in the form of bracelets and a piece of gold in the shape of a shell from Al- Gourna during the work of the Spanish mission. A group of rectangular gold foil with the king’s cartouche on it. Ramses XI, a votive column with 29 gold coins found in Draa Abu al-Naga - Spanish Mission, 690 gold coins from the excavations of the White Monastery in Sohag from the era of the Greek Empire to the Byzantine Empire.
#luxor #museum #exhibition #StayTuned #Egypt #explore #golden #gold #goldenobjects #مصطفى_وزيري #mostafawaziry #experienceegypt #antiques #اثار #اكتشافات #MinistryofTourismandAntiquities #heritage