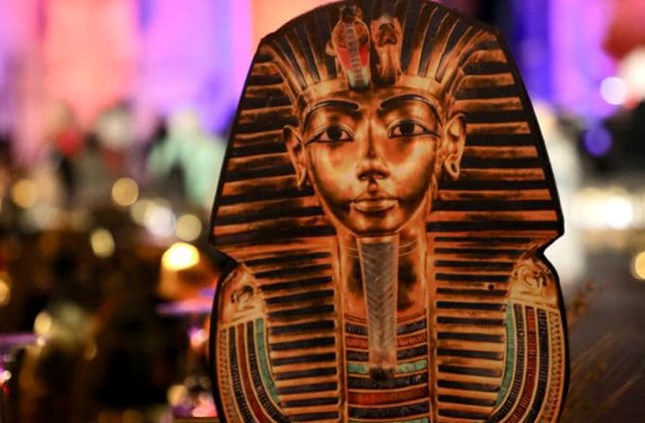 The Minister of Tourism and Antiquities takes part in an artistic event at Luxor Temple Square to celebrate the 100th anniversary of the discovery of King Tutankhamun's tomb.

Yesterday evening, the Ministry of Tourism and Antiquities, represented by the Egyptian General Authority for Tourism Activation, organized, in collaboration with the American Research Center, an art evening in Luxor Temple Square to cap off the celebrations of the 100th anniversary of the discovery of King Tutankhamun's tomb, which was witnessed throughout the day in the governorate of Luxor. The event was attended by Mr. Ahmed Issa, Minister of Tourism and Antiquities.
At the event, Mr. Ahmed Issa gave a speech in which he welcomed everyone and thanked Dr. Khaled Al-Anani, the former minister of tourism and antiquities, for his efforts and accomplishments during the previous era, emphasizing our attendance today to mark this anniversary in honor of him.

The Minister also expressed his pleasure at being present today in the Luxor Governorate to celebrate the 100th anniversary of the discovery of the tomb of Tutankhamun, the most well-known king of Egypt, as well as his joy at being present at this gathering of renowned archaeologists and Egyptologists from all over the world, noting that this discovery was made 100 years ago. The distinctive archaeological position placed Egypt at the forefront of world history, culture, archaeology, and civilization, highlighting how the ancient Egyptian civilisation has fascinated and continues to fascinate the entire world.