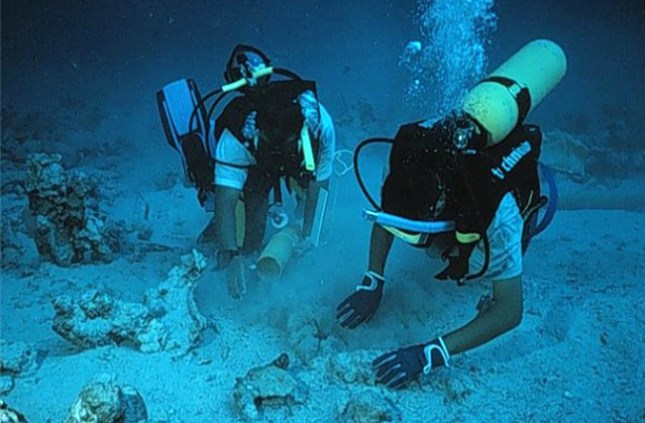 Sadana Island, on the Red Sea coast north of Safaga, is home to a shipwreck that offers us a rare glimpse into 18th Century trade. This area in the sea is difficult to navigate due to its shallow waters and multitude of corals, which is probably the reason the ship sank in the 1760’s.