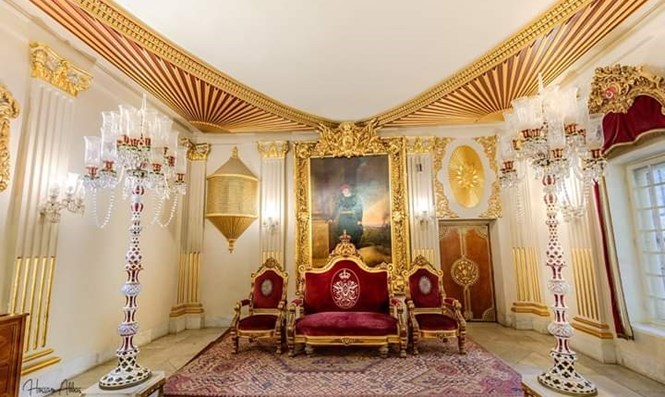 Prince Muhammad Ali Tawfiq is the owner of the palace, son of Khedive Tawfiq, and brother of Khedive Abbas Helmi II. His mother is lady Amina Hanem Ilhami, also known as “umm al-Muhsinayn”, wife of Ibrahim Ilhami. The prince was born in Cairo in 1875 and died abroad in 1955. He was buried in his father’s burial grounds in Manshiyyat Nasir, where the grave yard is known as “Qubbat Afandina.” The prince benefited from an elite and diverse Arabic and foreign education. He was known for his religiosity and his love for all forms of art, especially Islamic art. He himself was skilled in the arts and an equestrian, specializing in the raising and breeding of pure-bred Arabian horses. He was also known as an antiquities collector. His keen eye sought out the rarest and most beautiful objects, which he bought and with which he decorated his palace. In addition to his own collection, he received many gifts from foreign kings and princes, as well as the collections he inherited. The prince loved to travel. He undertook several trips around the world. He recorded these travels in writing, leaving us a written record of the world at the cusp of the nineteenth century. 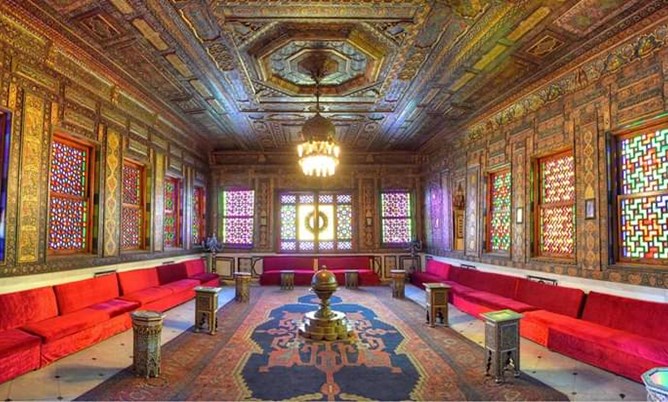 Reception palac
On the right side of the door founded the reception hall which arranged for meetings of the guests in different accessions, it consists of two floors
Read More
The Clock Tower
A tower stands between reception palace and the mosque (masjiid) .
Read More 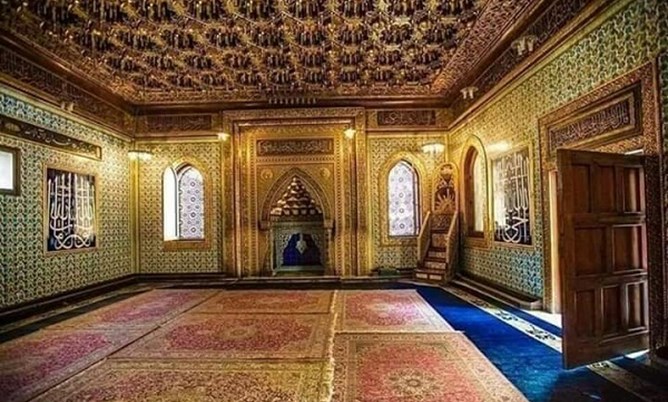 Masjiid
This is a unique architectural masterpiece, in spite of its small size, it represents a unique concept, above the door is a “ Besmellah” and “ sourt el ekhlas” in the “Kufic” script surrounded by floral design
Read More 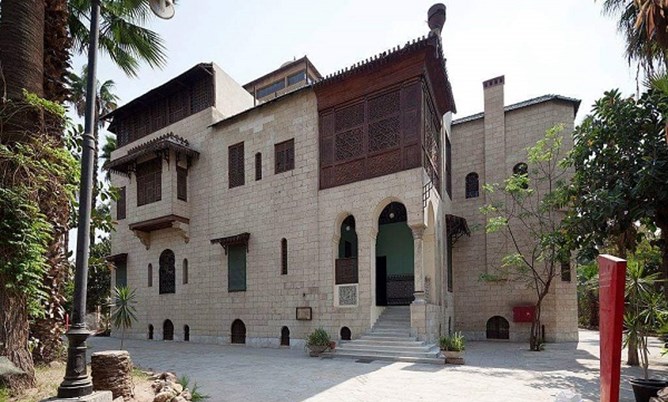 The Residence Palace
The oldest building in the palace , used for personal important meetings , and private residence.
Read More 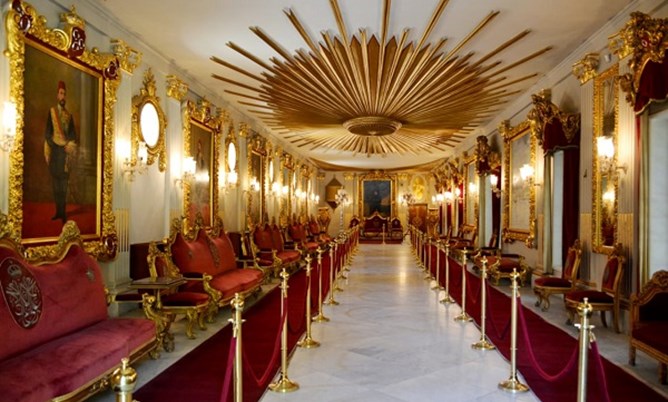