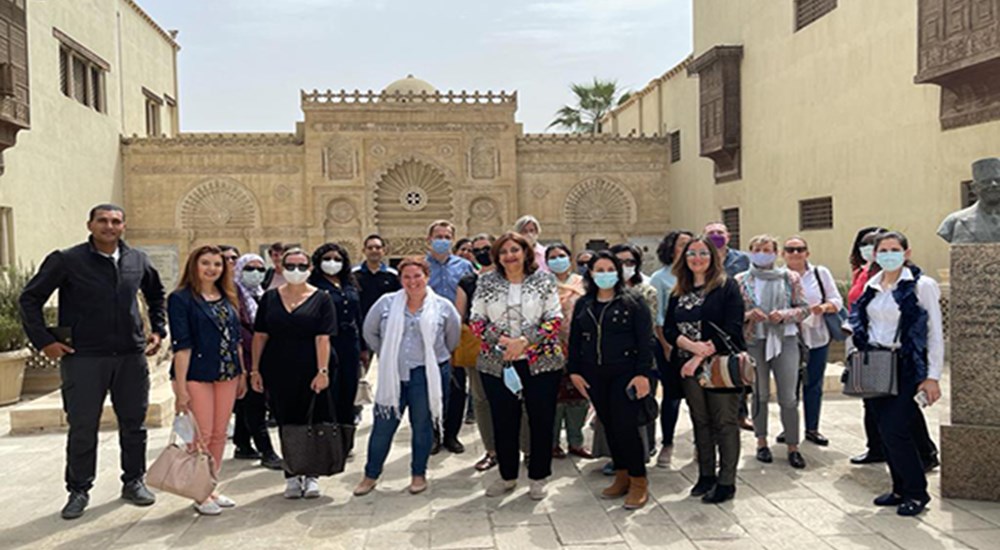 The Ministry of Tourism and Antiquities has organized a tour by a delegation including wives of ambassadors of 20 foreign countries accredited in Cairo to Mogamaa Al-Adyan, or The Religious Complex, in Old Cairo.

The tour is meant to promote the Egyptian tourism movement and help the diplomats' spouses learn more about the great Egyptian civilization and different tourist destinations.

Wives of a number of assistants to the Egyptian foreign minister took part in the tour.

For their part, the spouses said they are very upbeat about the visit, terming it as a "wonderful chance."

The complex of religions is significant as the place where all three Abrahamic religions meet for it is home to some of the oldest religious buildings in Egypt, with Amr Ibn Al-Aas Mosque representing Islam, the Hanging Church representing Christianity and Ben Ezra Synagogue representing Judaism.

While the destination can be reached from different directions, there's one main gate to the complex.