This morning, Dr. Khaled El-Enany, Minister of Tourism and Antiquities, inaugurated the southern tomb of King Djoser in Saqqara, 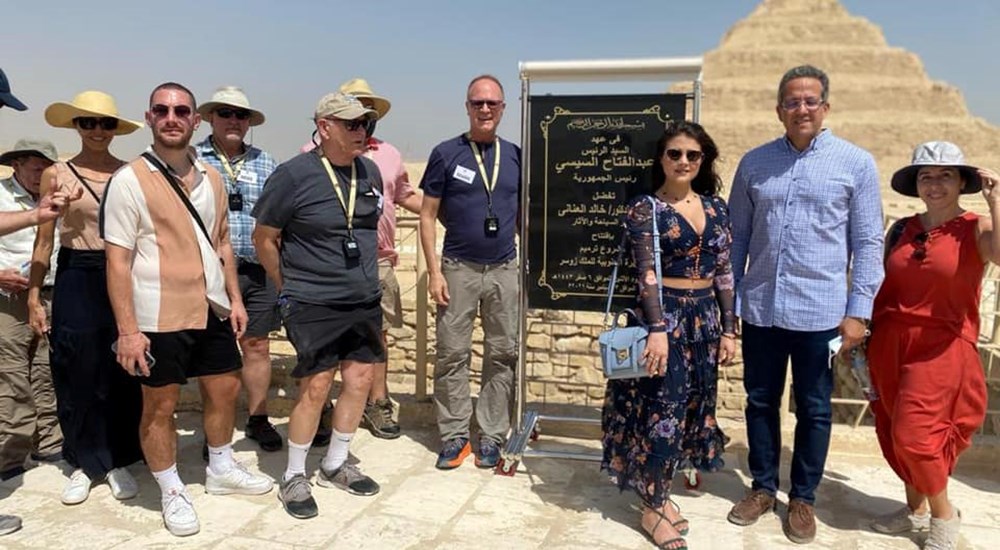 after completing the restoration work, which began in 2006.

Dr. Khaled El-Enany met a number of tourists from Germany, Brazil, Russia, America, Spain, the Caribbean Islands, Poland and Portugal, who were keen to talk to him, as they expressed their love for Egypt and its tourist destinations and what they saw of the greatness and nobility of the Egyptian civilization.For his part, the Minister of Tourism and Antiquities invited them to accompany him to the opening of the cemetery. The tourists expressed their happiness with this invitation, being the first visitors to the cemetery in more than 15 years