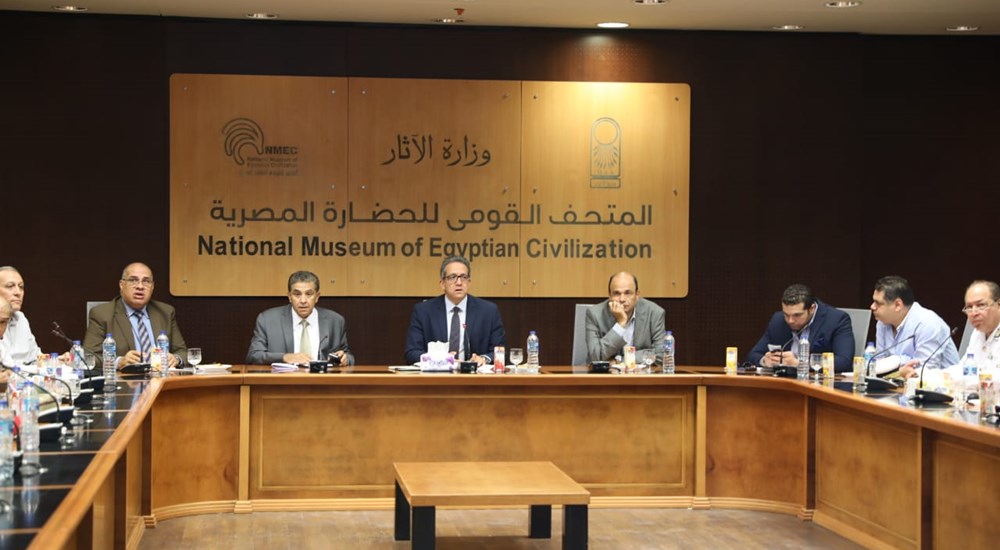 On Monday 17 June 2019, the Minister of Antiquities, Dr. Khaled Al-Anani, chaired the second coordination meeting to discuss the procedures for transferring mummies and royal coffins from their present location in the Egyptian Museum in Tahrir to their permanent place at the National Museum of Egyptian Civilization in Fustat. In the presence of the representables of the Ministries of Defense, Interior, Tourism, Cairo Governorate, Security Authorities and the Supreme Council of Antiquities.

During the meeting, a number of topics were discussed, including the mummies transport route, raising the efficiency of the roads from Al- Tahrir Museum to the Museum of Civilization, in addition to the exit and entry points of the vehicles that will carry out the transport. In addition the discussion of the organization of the routing in the Museum of Civilization after arrival.