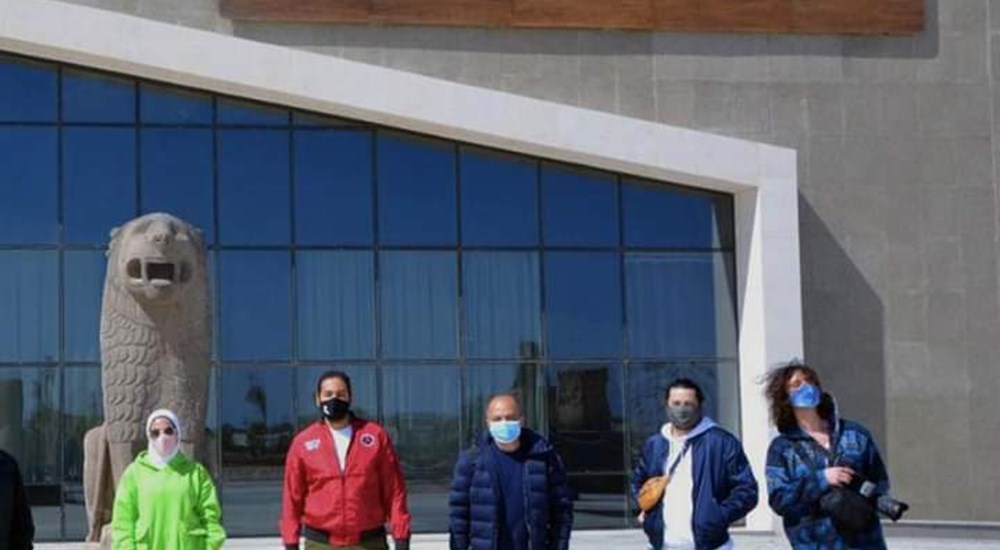 The Egyptian Tourism Promotion Board of the Ministry of Tourism and Antiquities has organized visits and Fam trips for famous foreign, Egyptian and Arab social media influencers. In that respect ETPB organized a visit to South Sinai for a number of Egyptian influencers who enjoy between 500k and two million followers on various social media platforms, to raise awareness about Touristic and archaeological sites. L

Eng. Ahmed Youssef, CEO of the Egyptian Tourism Promotion Board, said that this visit is part of the ministry’s plan to update its marketing and promotion tools to be in line with international trends. Collaborating with Egyptian bloggers and influencers as partners in tourism to promote Egypt, and engage society, especially young people, is among those tools.

Eng. Ahmed Youssef and Dr. Osama Talaat, Head of the Islamic, Coptic and Jewish Antiquities Sector at the Supreme Council of Antiquities, accompanied the influencers on a tour in Sharm El-Sheikh.

The program included a visit to the Monastery of Saint Catherine and a number of tourist attractions, such as the sacred burning bush tree, the holy valley, the library, the golden calf area, the Nabi Haroun area, the Khedive Abbas Helmy buildings, and the housing workers and soldiers. In addition to visiting the local market to see the traditional handicrafts the region is famous for, to promote these traditional handicrafts and to support the local community.

Those influencers expressed their admiration for the Sharm el-Sheikh museum and praised how an archeological museum in the coastal city of Sharm El-Sheikh gives a unique mix of leisure and culture. They document their visit with photos and videos to post them on their personal social media platforms.

During the visit, Eng. Ahmed Youssef, Dr. Osama Talaat and the influencers met Major General Khaled Fouda, Governor of South Sinai, who welcomed them and praised the efforts of the Ministry of Tourism and Antiquities to promote tourism locally and internationally.