The Egyptian General Authority for Tourism Activation hosts a number of influencers and journalists from Finland and Russia. 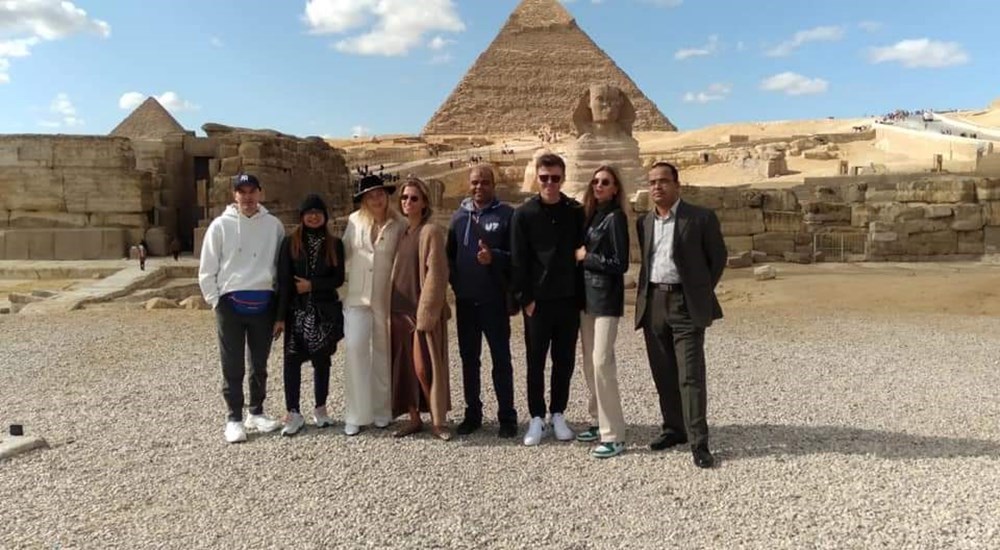 The Egyptian General Authority for Tourism Activation organized a number of introductory visits to tourist sites and archaeological sites for a group of journalists, influencers and digital content makers from Finland and Russia who enjoy a large number of followers on social media platforms.

Mr. Maged Abu Sedira, head of the Central Department of Foreign Tourism at the Egyptian General Authority for Tourism Activation, explained that this step comes within the new marketing strategy recently adopted by the authority, which includes hosting bloggers, bloggers, YouTubers and influencers on social media from different countries of the world to convey their view in Egypt to their followers from all over the world. All over the world, which would work to promote the Egyptian tourist destination and introduce it and its diversity and its different and distinct tourism components, in addition to introducing the efforts undertaken by the Egyptian state to preserve the health and safety of workers in the tourism sector, citizens and tourists, in terms of vaccinating workers against the virus. Corona virus, and following precautionary measures and safety controls in tourist and hotel facilities, tourist resorts, archaeological sites, museums, and various tourist attractions.

Mr. Maged Abu Sedira added that the Finnish journalist Pekka Hiltunen and his accompanying delegation were received at the authority's office in South Sinai and presented souvenirs, brochures and tourist maps on various Egyptian tourist destinations, in addition to organizing a trip for the Finnish delegation to St. Catherine, which included a visit to St. Catherine's Monastery with its unique archaeological holdings. and the city of Dahab.

In a related context, Abu Sedira added that a Russian delegation of journalists and digital content makers was also hosted within the framework of the year of humanitarian exchange between Egypt and Russia, where an introductory visit was organized to the cities of Cairo, Alexandria and Sharm El Sheikh.

On his part, said Dr. Osama Talaat, Head of the Islamic, Coptic and Jewish Antiquities Sector at the Supreme Council of Antiquities, said that the Russian delegation visited the Giza pyramids, the Sphinx and the National Museum of Egyptian Civilization in Fustat. Alexandria. The guests expressed their great admiration for what they saw of tourist destinations that confirm the diversity of the Egyptian tourist product, archaeological sites and museums that testify to the splendor and uniqueness of the Egyptian civilization.
It is worth noting that the authority hosted a delegation of the most important media representatives from newspapers, news agencies and TV channels from the State of Ukraine on a visit to a number of Egyptian tourist cities, during which they visited the Giza pyramids area, the National Museum of Egyptian Civilization in Fustat, the temples of Philae and Nubia, in addition to their Nile cruise from Aswan to Luxor, during which they visited the temples of Kom Ombo and the guides and we are not, in addition to a number of archaeological sites, including the temples of Karnak and the Temple of Luxor