The Daily Mail: The Great Pyramid and Luxor Temple among the 50 most beautiful buildings in the world 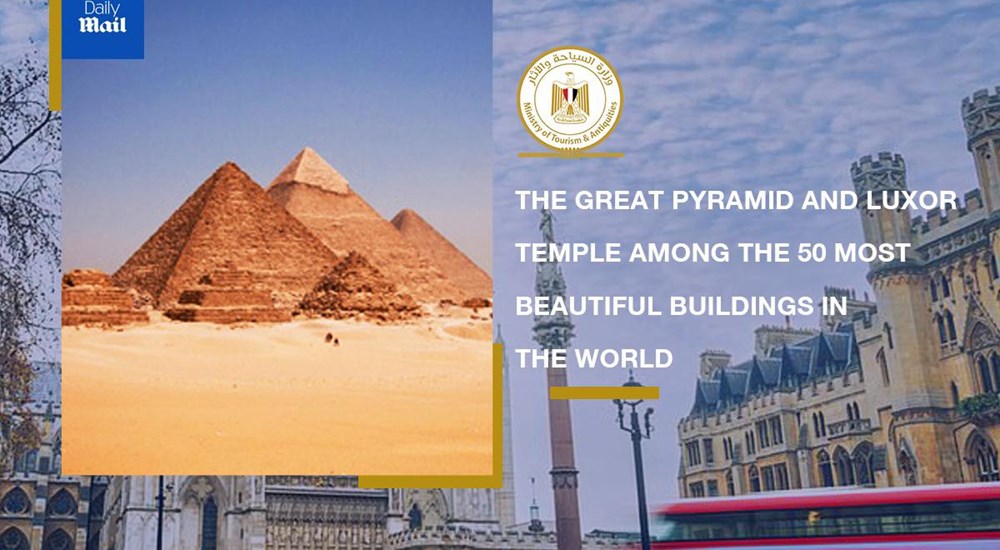 The Great Pyramid in Giza and the Luxor Temple in the city of Luxor were among the 50 most beautiful buildings in the world, according to the photo report published by the English Daily Mail website, which based its classification on science and the theory of the "golden ratio", where the Great Pyramid ranked No. 19, and the Temple of Luxor No. 23 .

The report explained that the "golden ratio" is a mathematical ratio found largely in nature and when used in architectural design, it enhances the organic and natural compositions that achieve the aesthetic aspect in any design . It was the criterion on which scientists relied when choosing these buildings that meet these conditions, whether in terms of installation or in terms of aesthetics.

The report pointed out that the Great Pyramid is the only remaining wonder of the ancient world, which proved its "scientific beauty", and that it is the oldest and largest of the three pyramids in Giza. It indicated that it represents an amazing achievement of human strength and design ability.

It is worth noting that the list of the world's 50 most beautiful buildings included St Paul's Cathedral in England, followed by the Marina Bay Sands Hotel in Singapore, then Westminster Abbey in England, Osaka Castle in Japan, Saint Basil's Cathedral, Russia, and others.