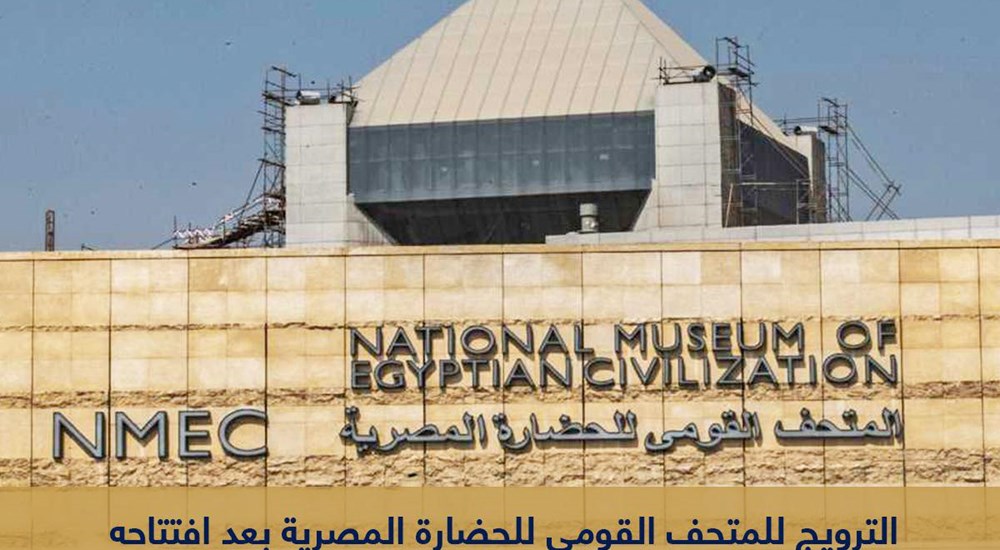 The Ministry of Tourism and Antiquities plans to promote the National Museum of Egyptian Civilization in Fustat after its opening, which is scheduled for next April 3. Dr. Khaled El-Enany, Minister of Tourism and Antiquities, agreed to grant a 50% reduction on entry ticket price to Egyptians and foreigners for a period of two weeks, from 4 to 17 April 2021, to visit the Main Display hall.

Visitors will also be allowed to visit the Royal Mummies Hall, starting April 18, which coincides with World Heritage Day. This hall will be prepared and the mummies will be placed inside their display cases during the two weeks following the opening of the museum.

It is worth noting that the board of directors of the National Museum of Egyptian Civilization had agreed in its last session to allow representatives of the Egyptian, Arab and international media to photograph the artifacts for free inside the central exhibition hall on April 4 and 5, after its opening.