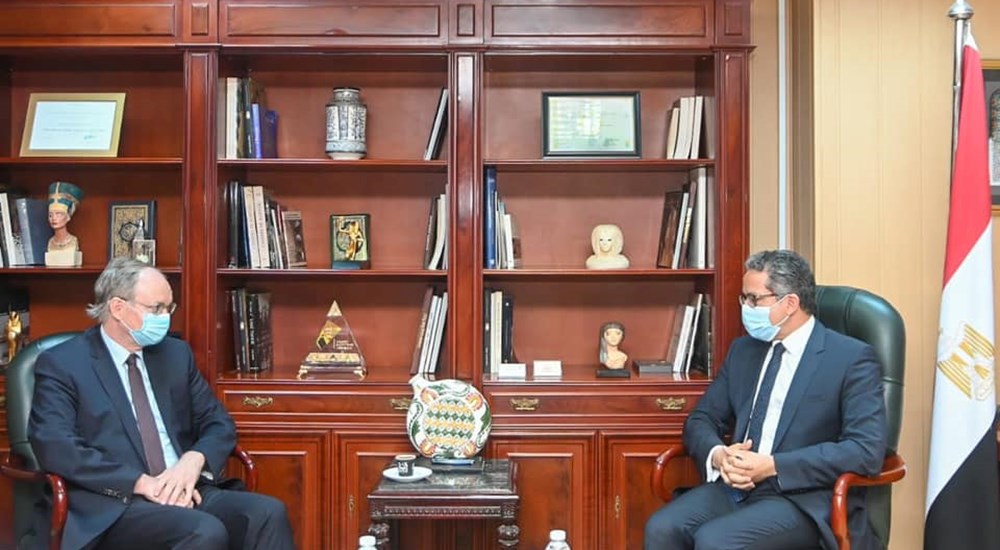 In a meeting between Dr. Khaled El-Anany, Minister of Tourism and Antiquities, and HE Christian Berger, the European Union ambassador in Cairo : EU ambassadors in Cairo are shooting more than 20 short films to promote Egyptian tourism. Twenty-two ambassadors of the European Union visited some of their favorite Egyptian tourist and archaeological destinations, where each ambassador filmed a short film to promote Egyptian tourism and antiquities, during which he expressed his admiration and connection to one of the tourist or archaeological destinations, and the ambassadors published these films on social media pages. "Facebook - Instagram - Twitter - YouTube" of their own and their country's embassies