Minister of Tourism and Antiquities reviews the most prominent environmental issues and tourism situation in a symposium of Mostaqbal Watan party. 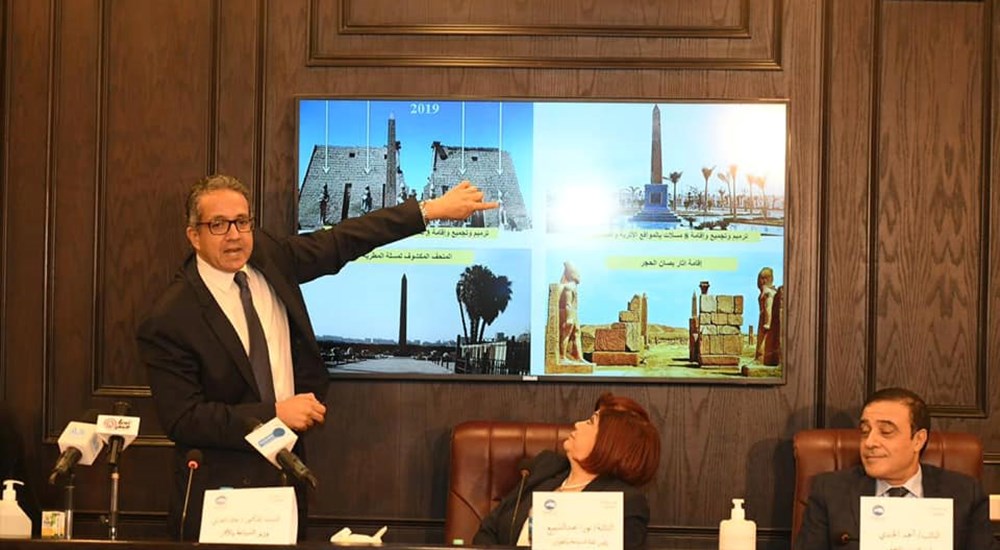 At the invitation of Mostaqbal Watan Party, a conference yesterday evening, Dr. Khaled Al-Anani, Minister of Tourism and Antiquities, in a symposium organized by party at headquarters of its General Secretariat, "the most prominent achievements of Ministry of Tourism, Antiquities and Tourism Situation".

During symposium, minister gave presentation in which he reviewed beginning of establishment of Ministry of Tourism and Antiquities, as it was established as a single ministry in government of Ali Sabri in March 1964, after which they were separated, and then they were merged into one ministry again in December 2019, with aim of integrating between two sectors as well as between work of two ministries.

He spoke about current strategy of Ministry of Tourism and Antiquities for sustainable development - Vision 2030, which came in light of integration between two sectors, as its vision is based on strengthening Egypt's leadership as a major modern and sustainable tourist destination through its rich and diverse tourism, natural, human and archaeological resources and components, in addition to preserving heritage unique Egyptian civilization for future generations and humanity.

At the end of symposium, Engineer Ashraf Rashad Al-Sharif presented Dr. Khaled Al-Anani shield of party and borrower, in honor of his national role and efforts he made during publication to advance tourism and antiquities sector in Egypt.

In her speech, Mrs. Noura Ali welcomed Minister of Tourism and Antiquities, praising tourism and archaeological boom that is witnessing once again to seminars, pointing out that Egypt is an important global tourist plurality due to its diverse tourist and cultural assets, in addition to its possession of archaeological sites.

Hisham Zaazou told us about event presented by Hisham Zaazou and world's praise of this event, which was organized by Egypt last April, professionally and presented it in a way that befits Egypt's standing before world and greatness of ancient Egyptian civilization. Although it should be seen in this year, this section of tourism and travel is expanding to tourism and travel sector.

Dr. Hisham Zaazou also spoke about event of  royal mummies procession, and world's praise of this event, which Egypt organized last April with professionalism and presented it in a manner befitting Egypt's standing before world and greatness of ancient Egyptian civilization. He stressed that despite the coronavirus pandemic and what tourism and travel sector is witnessing globally, Egypt is still focus of the world's attention.