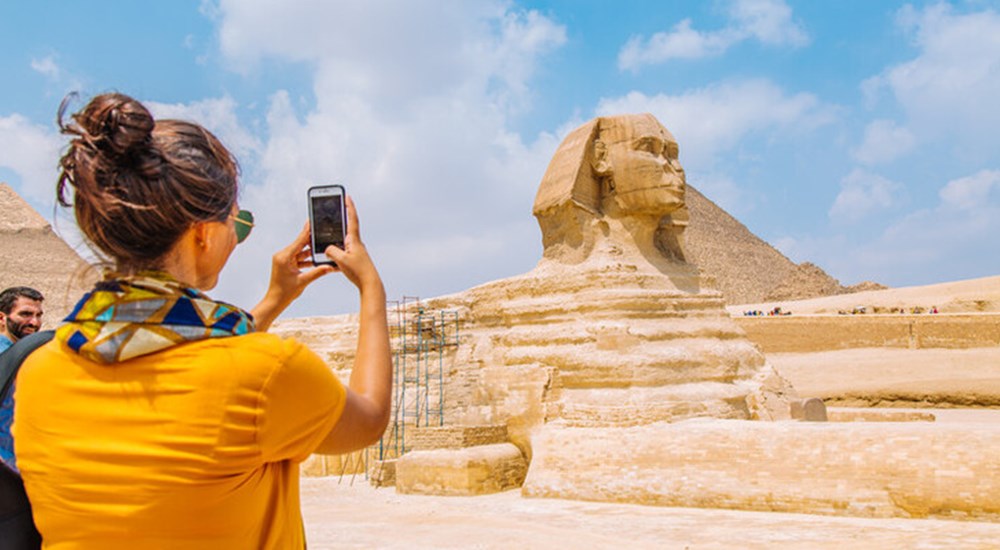 Egyptian Government allows Egyptians and tourists to take photographs for (non-commercial use) in all public places in Egypt free of charge and without requiring any permit.In a meeting held today (Wednesday), the Egyptian Cabinet approved new regulations governing photography, for personal use (non-commercial), for Egyptians and foreigners (tourists and residents). It was agreed that taking photographs using all kinds of traditional cameras, digital cameras and video cameras will be permitted free of charge. No permit needs to be obtained beforehand.

The decision includes a condition that the photography or film equipment must not be of the kind that requires a permit. This equipment includes: professional photography umbrellas; artificial outdoor lighting gear; equipment that occupies or blocks public roads. Second, it is completely forbidden to take or share photographs of scenes that can, in one way or another, damage the country’s image. It is also prohibited to take pictures of children. Egyptian citizens can only be photographed after obtaining written permission from them.

It is important to note that, when it comes to archaeological sites and museums under the jurisdiction of the Ministry of Tourism and Antiquities, taking photographs, for personal use (non-commercial), is permitted for Egyptians and tourists in accordance with the Supreme Council of Antiquities’ Board of Directors’ 2019 decision. Taking photographs using mobile phones, cameras (traditional and digital), and video cameras is allowed inside museums and archaeological sites (without using flash indoors).

The Supreme Council of Antiquities also set new regulations for commercial, promotional, and cinematic photography in Egyptian museums and on archaeological sites. Photography permits (daily, weekly, and monthly) have been implemented as an incentive for producers and companies to film in these areas. These decisions are the conclusion of the Ministry’s efforts to promote cultural tourism and Egypt’s unique civilization. It aims to encourage tourist activities in Egypt. The permit service for commercial and cinematic filming is undergoing its final phase before its release on the Ministry’s official website to be launched soon. The website will include regulations in different languages for taking photographs in public areas.