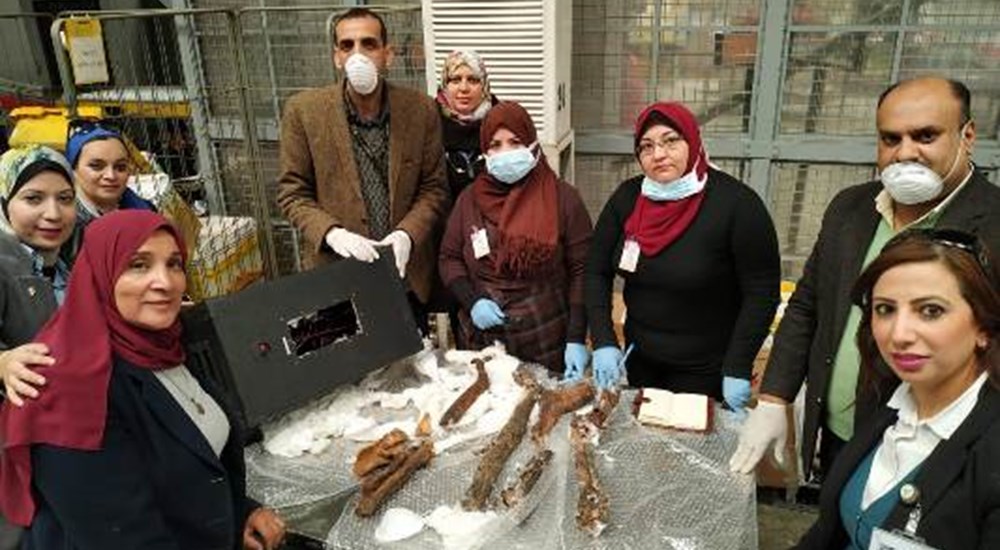 The archaeological Unit in collaboration with security and custom departments at Cairo International Airport have foiled a smuggling attempt of mummies’ remains.

Hamdi Hamam Head of the Central administration of Archaeological Units at Egyptian ports explains that the mummies’ remains were found hidden inside an earphone packed in the luggage of a passenger who was traveling to Belgium.

The remains were uncovered when the X-ray monitors the existence of an unusual body inside the earphone.

An archaeological committee examined it and confirmed its authenticity.
Iman abdel Raouf director of archaeological units said that the remains belong to two mummies and consist of six parts including two feet, two legs, the lower part of a left hand, one arm and a part of the torso.

They are now confiscated according to the Antiquities Protection law and its amendments. The parts are now at the Egyptian museum for restoration