Discover part of a wine squeezer in Behira Governate 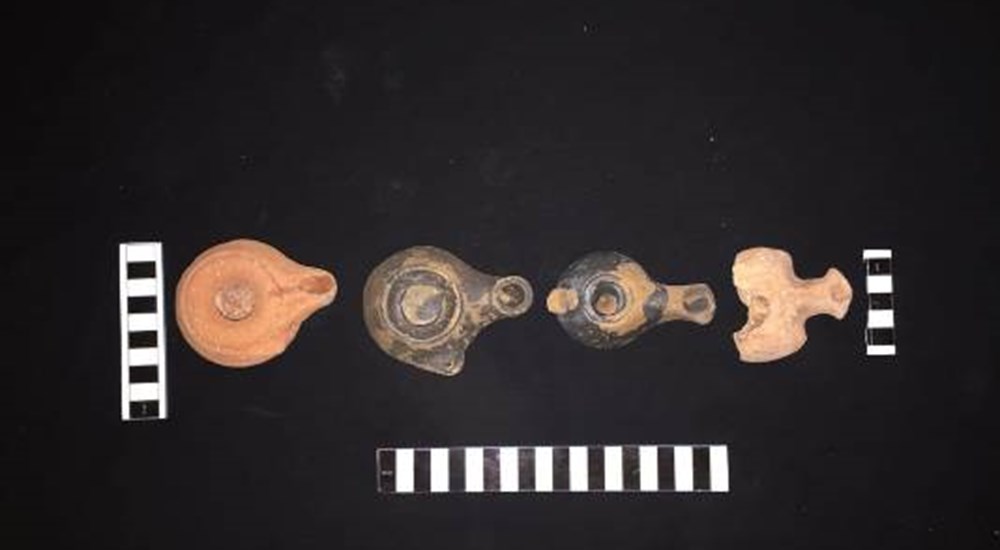 The archaeological mission of the Supreme Council of Antiquities working at Tel Kom al Trogy in Al-Bihera Governorate succeeded to uncover the third section of a winery with its storage cells.

Dr. Mostafa Waziri General Secretary of the Supreme Council of Antiquities announces and explains that the storage galleries have a very distinguished architectural style as it was built with thick mud brick walls with different sizes and inside it was inserted irregular shaped lime stone blocks.
Dr. Waziri suggests that these blocks could be inserted to control the suitable temperature to store the wine.

Dr. Ayman Ashmawy Head of the Ancient Antiquities said that the area was well known with its high quality kind of wine as it was considered as the finest wine during the Greco- Roman time.

Dr. Ashmawy pointed out that fragments with coloured plaster, that once covered the walls of a building have been found along with parts of a mosaic layer that may have been used to cover its floor.
These elements, he said, indicate that there is another building in the area for the supervisors and the employees of the winery.
A collection of  ovens and  pottery remains from the Ptolemaic era until the Islamic period were also unearthed along with coins dated back to king Ptolemy I reigns and the Roman emperor Dumitianus and the Islamic era.