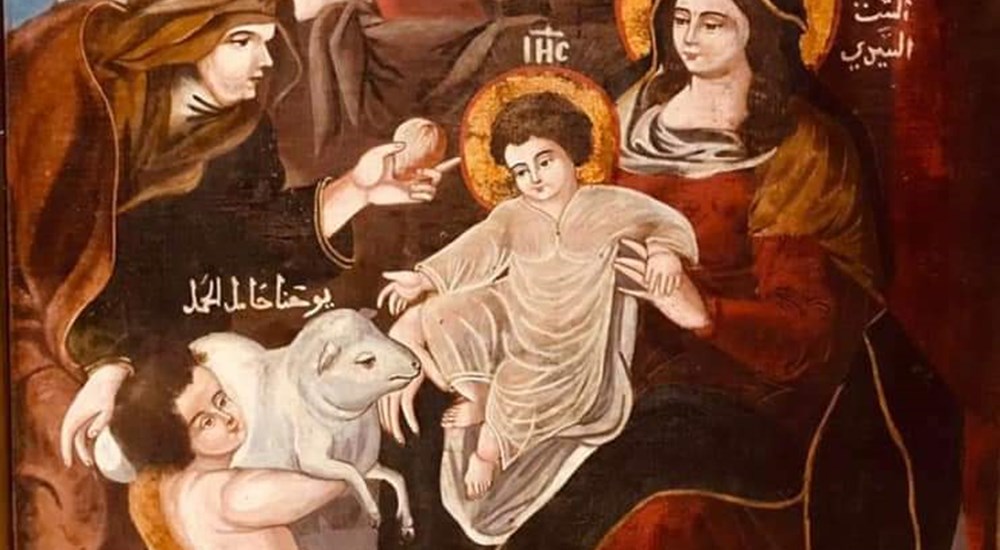 On the occasion of the launch of the activities of the fourth edition of the World Youth Forum, in Sharm El Sheikh, South Sinai, from January 10 to 13, and coinciding with the celebration of Christmas, the Ministry of Tourism and Antiquities is holding a temporary archaeological exhibition at Sharm El Sheikh Museum under the title “The Holy Family Journey.” Tuesday, January 11, for a period of six months.

Mr. Moamen Othman, Head of the Museums Sector at the Supreme Council of Antiquities, explained that the exhibition, which was held in cooperation with the Islamic, Coptic and Jewish Antiquities Sector of the Supreme Council of Antiquities and the Coptic Church, includes 3 manuscripts from the holdings of the Coptic Museum in Old Cairo, and 9 rare icons displayed for the first time; Which were chosen from a number of Egyptian churches, namely the churches of Abu Sarga, the Muallaqa, the Martyr Mercurius Abu Sefein, the Demashreya, Saint Marmina, and the Archangel Michael, pointing out that these icons and manuscripts highlight the path of the Holy Family, including the land of Sinai.

The head of the museums sector added that throughout the exhibition, the museum will organize a number of scientific and educational lectures on the history of Coptic art, in addition to workshops to learn how icons work.
He stressed that at the end of the exhibition, the entry of the Holy Family into Egypt will be celebrated, which will fall on the first of June.

For her part, Myriam Edward, General Supervisor of the Sharm El-Sheikh Museum, indicated that the exhibition will be held in the Byzantine corner of the museum, and that the displayed icons all date back to the 18th and 19th centuries AD, and they include an icon of the Virgin Mary crowned carrying Jesus, the child Jesus crowned, on both sides of the head Lady Mary There are two angels kneeling on the clouds and placing the crown on the head of the Virgin. The icon of the Archangel Gabriel holds in his right hand an unwound scroll with Arabic text on it, and in his left hand he holds a globe. An icon representing scenes from the life of the Virgin Mary depicts her in the middle carrying the Child Jesus, and on both sides of the head of the Lady Mary from above there are two angels placing the crown on her head, surrounded by ten scenes from her life. And another icon depicts the escape to Egypt, where the Virgin Mary and the child appear above the donkey, and behind them is Youssef Al-Najjar. In the background of the icon appears another woman, as well as an architectural element. The icon of the Virgin Mary breastfeeding her baby Jesus, surrounded by three angels to her right and a dove to her left.

The exhibition also includes the icon of the Holy Family and Saint John the Baptist, the icon of the birth of Christ, and the icon of the Annunciation, in which the angel appears in front of the Virgin Mary announcing her pregnancy, holding a branch of flowers in his left hand, and there is a bird in the middle.

As for the manuscripts, the General Supervisor of the Museum indicated that it is a manuscript of the Four Annunciations. This manuscript refers to the journey of the Holy Family to Egypt. On the right and left pages, some excerpts from the Gospel of Matthew that mention this great event appear. The manuscript has a total of 207 folios, most of which are decorated and decorated with blue, red, and gold ink.