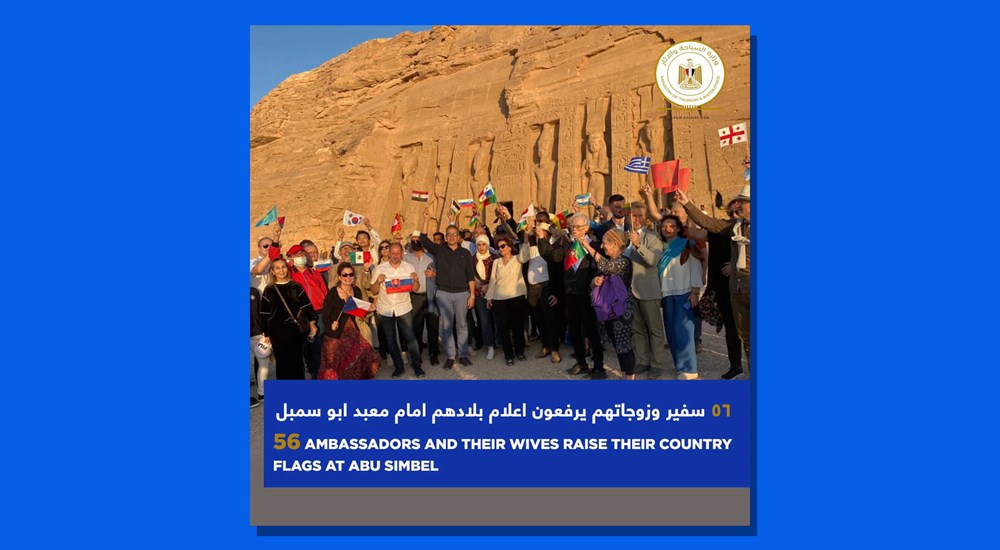 Dr. Khaled El Enany, Minister of Tourism and Antiquities, General Ashraf Attia, Governor of Aswan, 50 ambassadors from more than 30 countries in the world, and a group of leaders of Egyptian publications and bloggers witnessed the phenomenon of the solar alignment at Abu Simbel temple, which occurs twice a year, one on October 22nd and the other on February 22nd.