The Mosque of ‘Amr ibn al-‘As 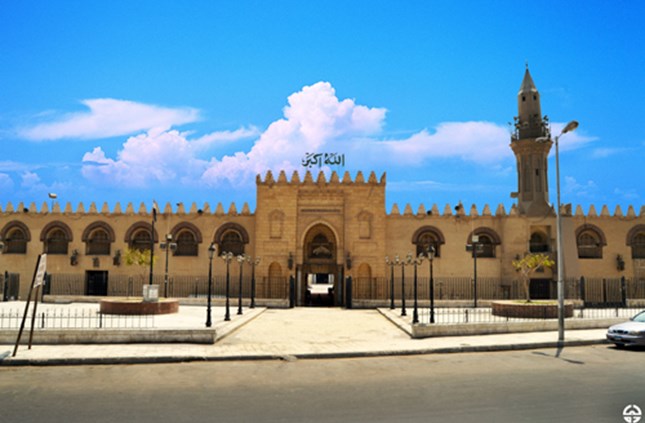 The mosque of ‘Amr ibn al-‘As is the oldest surviving mosque in Egypt and Africa. General ʿAmr ibn al-ʿAs was one of the first companions of the Prophet Muhammad. After conquering Egypt in 20 AH/640 AD, he founded its first Islamic capital, Fustat, which falls within the modern city of Cairo. A year later, by order of the Caliph ‘Umar ibn al-Khattab, he also founded the eponymous mosque of ‘Amr ibn al-‘As, which thus became the new capital’s very first building.

During the early years following the conquest, the mosque served as a place of gathering for Muslim community and ‘Amr’s troops, which at the time remained a minority in Egypt. Several of the Prophet’s companions assisted in the building’s construction, including al-Zubayr ibn al-‘Awam and Ubada ibn al-Samit.

The structure underwent many architectural changes throughout its lifetime, such that very little of the original survives today. What currently stands in Old Cairo is the mosque’s twentieth century reconstruction. However, it remains true to the modesty of Islamic architecture in its earliest form, evolving from a shed with palm-tree columns to the elegant arcade halls that still house prayers to this day.

It's free of charge