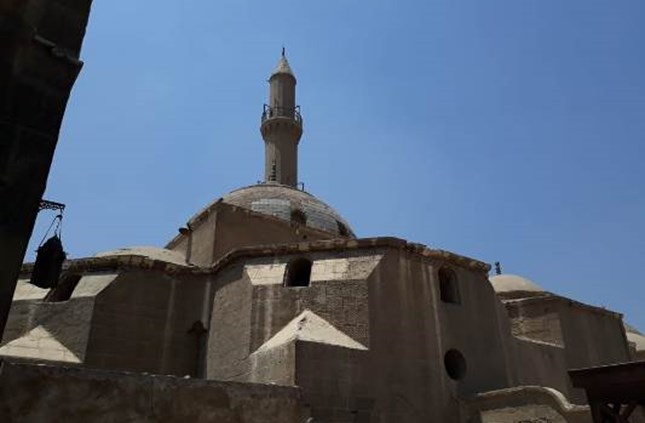 This mosque is known as “the mast of the mountain” and it is not, as is rumored, related to the presents of the burial of Sariyah Ibn Zanim commander of the Islamic army in Persia during the region of the Prophet’s companion Umar ibn al-Khattab, may God be pleased with him.

The mosque consists of a main prayer hall and a courtyard, the prayer hall surmounted by a central dome. This section is surrounded by three semi-domes decorated with colorful carvings and marble paneling. Banner of Qur’anic verses in foliated Kufic script runs along the walls. It contains a mihrab and a marble pulpit decorated with carved ornaments. the court whose floor is covered with colored marble, it has a small dome covering several marble burial structures.