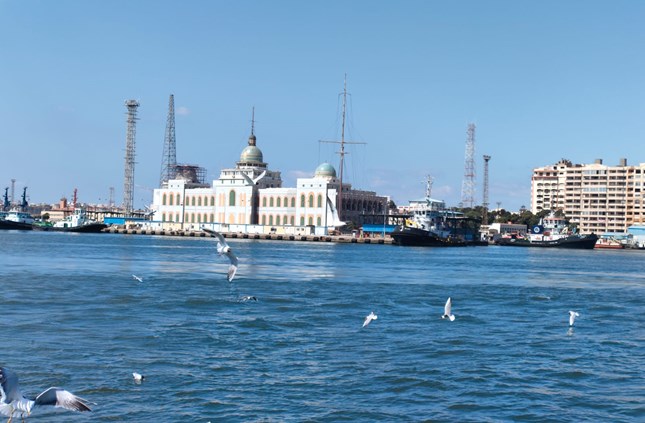 One of the most prominent monuments and tourist sights which receive visitors and fans in Port Said, it can be described as the main historical building for the offices and management of the Suez Canal Company in Port Said, where it was and still used to follow the movement of ships passing through the canal, the building also is characterized by the splendor architecture and its unique location on the shore of the canal.

The foundation stone of the building was laid in 1895 and opened in 1906 in the era of Khedive Abbas Helmi II and was purchased    by England in World War I to be the headquarters of the British Army command in the Middle East.

Also there was a VIP lounge attached to the building where the King George V reside in 1911 AD. And it is stood by "Estokwell" the commander of the British Forces during the Suez Crisis (Tripartite Aggression) in 1956 as a residence. And also, as a lounge for the British soldiers during the Second World War.

The dome building occupied a rectangular area that can be divided into two parts. The first is the main facade of the building and is retracted inward at the two wings bearing the central dome, while the two wings carry a smaller dome.

The building was designed in the form of a palace from the inside, and the layout from the inside and outside is characterized by symmetry and symmetry in terms of entrances, doors and pivot windows on the sides of the walls overlooking the corridor or the balcony, and all rooms in the two wings are equal in length and depth.