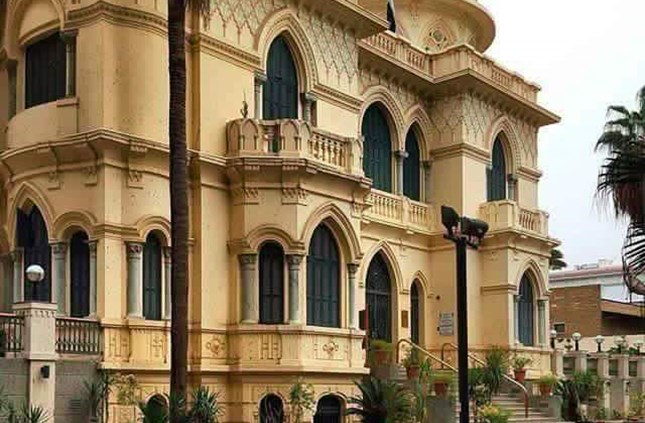 It is located in Zamalek, Cairo, and was built in 1320 AH / 1902 AD. This palace is unique from its other historical counterparts. The palace’s patron, princess Samiha daughter of Sultan Hussin Kamil, loved the arts and willed that the palace be converted into a cultural center. In 1995 the palace converted into Cairo Library.

The palace’s architecture was inspired by an Andalusian style. It consists of a basement, three floors, four facades, and a circular tower that resembles those of war castles in the Middle Ages. The decorative motifs of the palace bear the influence of Andalusian, Moroccan, Ottoman, Renaissance arts, Greek and Roman architecture and decoration styles. A circular hall on the third floor was used as a studio for Princess Samiha.