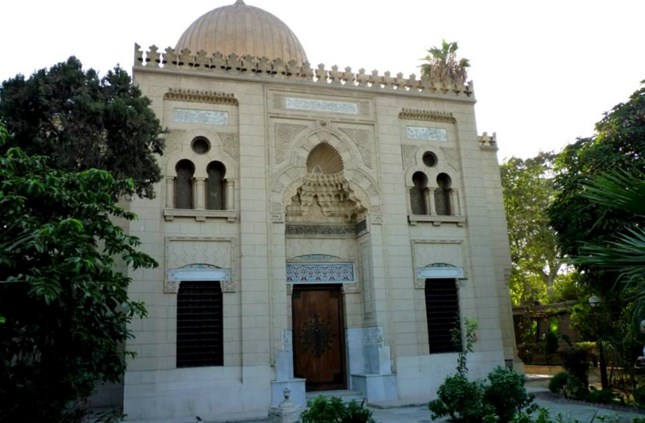 Affandina dome is the second-largest burial in the world after the Taj Mahal in India. It is a unique jewel of Islamic architecture, located in the Mamluk cemetery. It displays elements typical of Mamluk architecture, although built in the late nineteenth century AD. Its founder was Amina Hanim Elhami, wife of Khedive Tawfiq. She built it to serve as a burial place for the royal family.

The dome had an iron gate that betokens the greatness of this time and place. It was characterised by its floral designs. In front of it is a garden, at the centre of which is a passageway leading to the main burial and some chambers. Additionally, the structure houses a variety of artefacts, carpets, and lavish candlesticks.

The dome contains many tombs, including that of Banba Qadin (one of Muhammad Alis’ wives), Amina Hanim Elhami, Khedive Muhammad Tawfiq Pasha, Khedive Abbas Helmy II, and Prince Muhammad Ali Tawfiq. The burials are covered with marble and wood, and they bear inscriptions and botanical designs which are gilded, coloured, and inlaid with ivory.

The tomb of the Egyptian scholar, Doctor Ali Mustafa Mashrafa, was moved to the garden of this cemetery. The dome was restored in 2008 under the auspices of his highness former prince Abbas Helmi III. He constructed a burial place for himself so that he may be laid to rest near his ancestors.