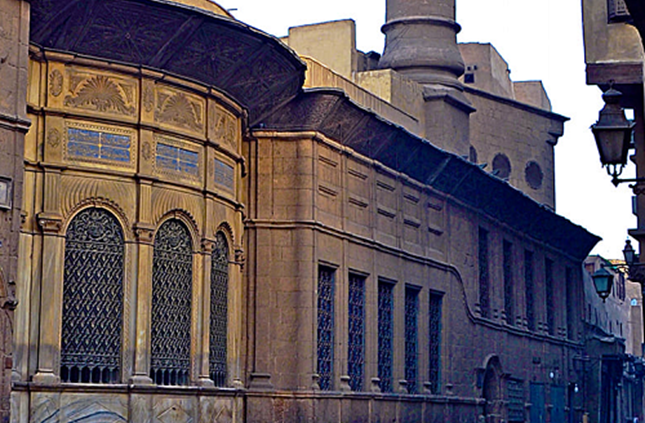 The most important characteristic of the building is its stone façade with floral motifs. It reflects the influence of European Renaissance art, with its marble decorations and oil paintings on the wooden ceilings in Ottoman style that was influenced by European arts at this time. The mosque’s minaret can be seen from the beginning of al-Muizz Street. It is characteristic of the Ottoman “pencil” minarets.