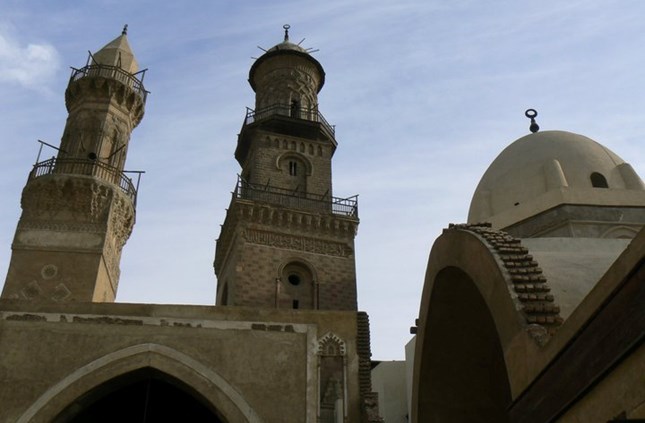 This madrasa is located on al-Mu’izz street, between the two palaces. It is placed between the Dome of Sultan Qalawun and the Madrasa of Sultan Barquq.

Only two of the madrasa’s iwans survive. The eastern iwan contains a rare plaster mihrab and the western iwan contains plaster window. The madrasa is characterised by a beautiful stone façade and a marble entrance that used to serve as the gate for a church in Acre, Palestine.

Inside, the mausoleum lies to the right of the door. It is surrounded by gilded wooden grills. Here, Sultan al-Naser Muhammad’s mother, princess Aslabai, and his son Anok are buried.

Near the dome is a door leading to the square minaret. It is distinguished by its enchanting Andalusian decorations and bearing various collection of decorations and inscriptions.