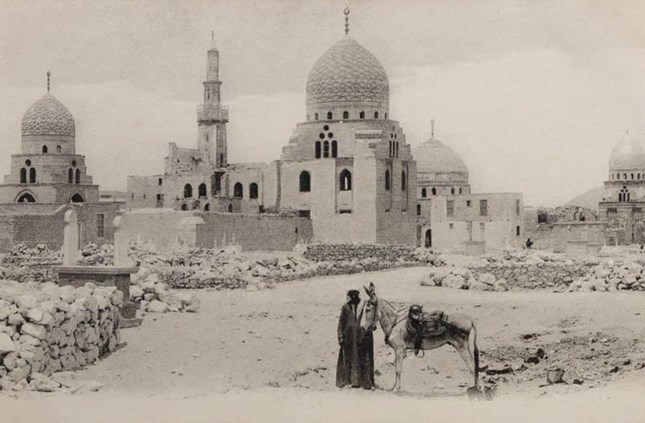 This burial ground lies to the northeast of Cairo. It was incorrectly known as the “graveyard of the caliphs” before being recognised as the Mamluk cemetery. The Eastern Cemetery is one of the most important burial sites. Kings and princes in Egypt have been buried here since the end of the fourteenth century AD. Therein they constructed mosques and khanqas, annexing their own burials to these structures. Some of these burials, dating to the fifteenth century, display the magnificence of Mamluk architecture. This cemetery houses more than twenty burial domes, nine of which are attached to mosques. Five of these domes were the burial place for sultans. The most famous of these were: the mosque and khanqa of Sultan Farag ibn Barquq; the Khanqa of Sultan Inal; the dome of Jani Bek al-Ashrafi; the dome of Qurqumas; the mosque and Khanqa of Sultan Bersbay; and the madrasa of Qayitbay.