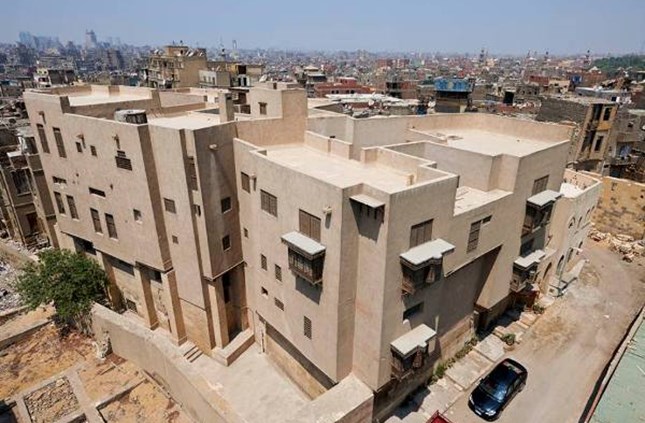 Ali Labib House was first established and owned by Muhammad Agha ibn Abdullah in 1051 AH/1661 AD. Later in the eighteenth century, ownership was then transferred to Mr Sharif Omar al-Malatili and his brother Ibrahim, who was later known as Ali Labib.
The house is located just off Salah al-Din (or Maydan al-Qal’a “Citadel Square”) in Cairo, and is considered one of the best-preserved structures exhibiting domestic architecture. It was popularly known as the House of Artists because many artists, such as Ragheb Ayyad and Shadi Abd al-Salam, resided there.
The house’s architecture was inspired by Ottoman and Mamluk styles. The rooms feature the collections of architectural pioneers such as Ramses Wissa Wassef and the internationally renowned architect Hasan Fathi. Paintings adorn the upper hall depicting Cairo's buildings and parks. The roof of the house looks onto a magnificent landscape of Cairo’s historic urban landmarks.
The house was neglected towards the end of the 20th century until it was renovated at the turn of the millennium. In the 21st century, Ali Labib House was converted into a museum of architecture, and is where the House of Egyptian Architecture is based.