After the commander Octavian (August) defeated Antony and Queen Cleopatra VII in 31 BC. in the  Battle of Actium,  Egypt lost its independence and became a Roman province ruled by the Roman Emperor, who was officially designated as Pharaoh and the country was divided into three regions, each of which was governed by a local governor, but all were under the authority of the emperor.

Rome exploited Egypt's resources economically. Some emperors paid much care for Egypt in particular, such as the Roman Emperor Hadrian who visited Egypt and founded a new Roman settlement called Antinopolis. The Romans also developed new technologies for the development of agriculture, where they built new water canals and dams, as well as increased grain cultivation and expanded wine production. All these agricultural reforms were principally aiming to remain the Province as "the breadbasket in the ancient world", no more.

Life in Egypt was influenced by the multiculturalism that was common during the Roman Kingdom; also a unique artistic style emerged as a result of blending of the Egyptian, Greek and Roman artistic influences. The Egyptian intellectual influence was appeared in the prevalence of Isis worship throughout the Roman Empire. 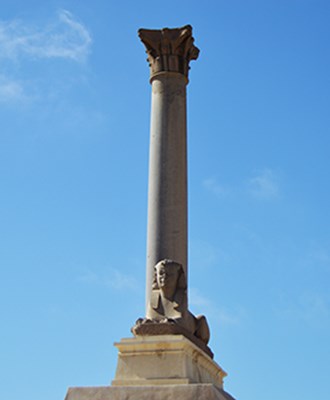