After Alexander the Great defeated the Persian king Darius III in 332 BC, Egypt became part of the Macedonian Empire. Upon the death of Alexander in 323 BC, his provinces were divided among his generals and Ptolemy I (Soter) ruled Egypt, which became an independent kingdom known as the "Ptolemaic Kingdom".

Ptolemy I completed the construction of Egypt’s new capital-Alexandria. Also, he began to build the Lighthouse of Alexandria and brought together all the Egyptian and Greek priests to establish a new doctrine to unify the Egyptian and the Greek together. In the reign of his successor Ptolemy II, art and science flourished and the building of the ancient Library of Alexandria, (the largest in the ancient world) led to the influx of Greek scholars and thinkers to Egypt, increased multiculturalism and incorporated the civilization of the New Greek into the Ancient Egyptian one.

Various Greek settlements were established in Egypt during the Ptolemaic period to be major central areas for the Greek citizens who came to Egypt with their culture and traditions such as the Ptolemaic in Upper Egypt, Philadelphia in Fayoum and Naucratis, (established during the Late Period), which was the first Greek settlement and a center for trade between Egyptians and Greeks in Delta. As for the ancient capital Memphis, the Greek settlers founded their settlement around the main temple of Ptah in the early Ptolemaic period. The Ptolemaic rule in Egypt ended in a tragic end when the Romans defeated them in the battle of Actium in 31 BC, which led to the suicide of Queen Cleopatra VII and the murder of her son, Ptolemy Caesarion XV. 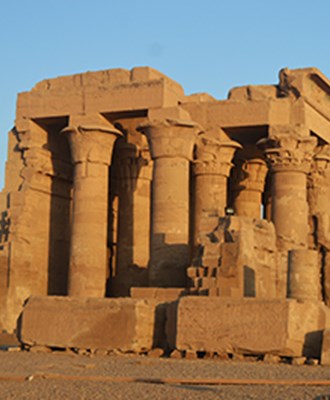