The dynasty was founded by Muhammad Ali Pasha and lasts for more than 150 years. Science, art, and culture were developed and flourished during this period; thus Egypt became one of the greatest kingdoms in the east. Muhammad Ali was planning for “modernizing” the country. The plan included new education, agricultural, and industrial systems, and establishing a powerful military base. Then the architectural progress began in Khedive Ismail era, who wanted to change Cairo to Paris of the east.  He largely worked on developing the constructional features, so he deserves the title “second founder of modern Egypt,” after Muhammad Ali. At his reign the seat of government was moved from the Citadel to Abdeen Palace. Khedive Abbas Helmi II continued establishing the modern country  where the Egyptian university was built (Currently called the Cairo University)—.  Then Egypt became a kingdom during the the reign of King Fo'ad I, who founded many scientific organizations. He was succeeded by King Farouq. The revolution of 1952 brought about the end of the royal family’s reign over Egypt in 1953. 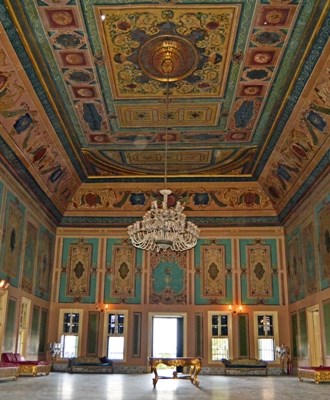