The history of the Bahri Mamluks began with Sultan al-Saleh Najm al-Din Ayyub during his reign the use of the Mamelukes increased in the military, these troops built their own citadel in Rhoda Island in 638 A.H. They were called “Bahari” (deriving from “sea”) Mamelukes because they came to Egypt by sea routes. They were also known as “al-Salihiyiin”, linking them to the title of their ruler, Najm al-Din Ayyub. There were two-man families that encompassed the Mamluks. The first is that of al-Dhahir Baybars al-Bindiqari, who ruled Egypt for 17 years, and is considered the real founder of the dynasty who re-arranged government administration, restored Abbasid rule, and moved the capital to Cairo in 658 A.H. The second is the family of al-Manusr al-Qalawun, whose reign is considered one of the most prosperous periods in Egypt’s history. Many of the rulers who succeeded al-Mansur were young, and so were controlled by their regents. This continued until the reign of Sayf al-Din Barquq, the founder of the Circassian Mamelukes 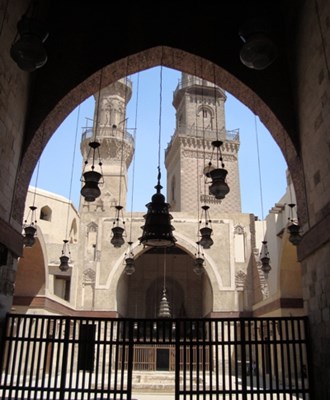