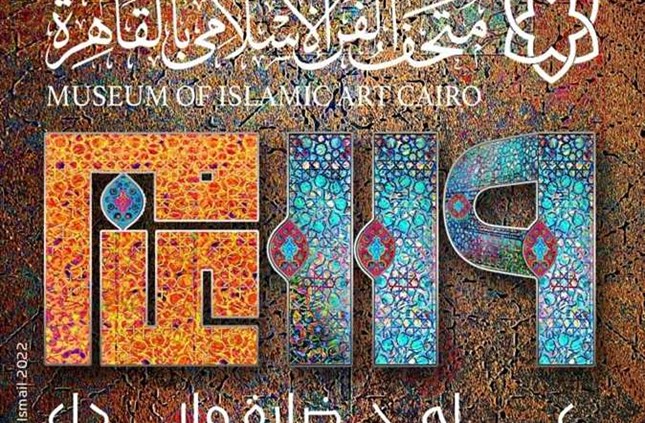 The forum will be held under auspices of UNESCO, and opening ceremony will witness presence of a delegation from UNESCO, in addition to many ambassadors of Arab and foreign countries.

The forum will be held from December 28 to January 1, and invitation is public and free of charge, except for entry ticket. Many workshops will be held to teach Arabic calligraphy to children and adults.

On sidelines of forum, a presentation of projects simulating some of original pieces displayed in museum, executed on materials such as copper, gypsum, wood and ceramics, will be held.

About forum, artist Reda Al-Anwar Commiser said: “The forum is held under the auspices of UNESCO, and aims to introduce and stimulate practices of Arabic calligraphy at level of institutions and individuals, in a way that contributes to advancement of our language and introducing it to its aesthetics and arts, and preserving it to always remain a source of pride for future generations.”

The artist, Ibrahim Badr, Director of Calligraphy Department at Egyptian TV, said, “The establishment of such forums works to spread the art of Arabic calligraphy, display works of artists, communicate artists with each other, and present ideas, in addition to public’s knowledge of importance of Arabic calligraphy art, its types, and the materials used, and a taste for its aesthetics, and encourages them to study.” Calligraphy and a taste for its aesthetics due to its close association with Holy Qur’an and Arabic language.

Within Museum of Islamic Art’s celebrations of 199th anniversary of its inauguration, a group of artistic paragraphs for people with special needs, workshops on museum, the idea of its establishment and its importance, and drawing and coloring of the museum’s most important archaeological holdings and early pieces that were motive behind idea of establishing museum.