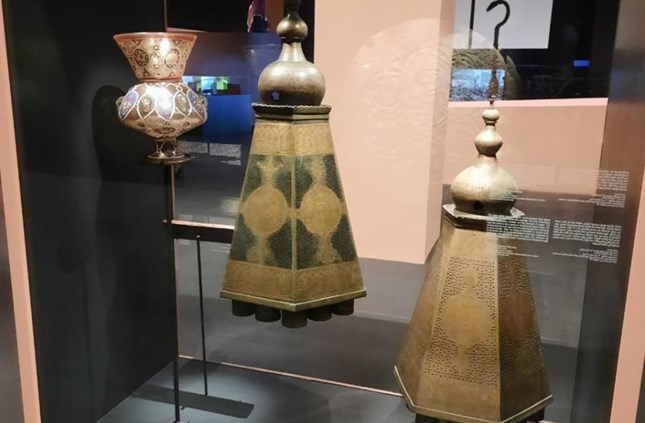 Ministry of Tourism and Antiquities, represented by Supreme Council of Antiquities, participates with a group of artifacts in Biennale of Islamic Arts, which is hosted by Western Pilgrims Hall at King Abdulaziz International Airport in Jeddah, Saudi Arabia, under the title "The First House."

Dr. Mostafa Waziri, Secretary General of Supreme Council of Antiquities, stated that exhibition will begin to officially receive visitors starting today, Monday, January 23, 2023, and will continue for 3 months until April 2023.

Dr. confirmed. Mostafa Waziri emphasized importance of holding these external archaeological exhibitions as the best propaganda for Egypt and its ancient civilization abroad, pointing out that he was keen during the past days to follow up all equipment related to  exhibition, including museum display and insurance procedures, which contributes to success of exhibition and its exit in an optimal way.

For his part, Professor Moamen Othman, Head of Museums Sector at  Supreme Council of Antiquities, said that exhibition includes 600 artifacts that were selected from diffrent museums around the world, to shed light on Makkah Al-Mukarramah, Grand Mosque in Mecca and Medina, daily religious rituals and annual pilgrimage in Makkah Al-Mukarramah.

He added that Supreme Council of Antiquities is participating in exhibition with (18) artifacts that highlight distinctive characteristics of Islamic arts, which were selected from holdings of Museum of Islamic Art, Prince Muhammad Ali Palace Museum in Manial, and Suez National Museum.

Among these artifacts comes copper key of Kaaba from Mamluk era, a candlestick for honorable Prophet’s chamber from Mamluk era, part of inner cladding of Holy Kaaba, a copy of Dala’il al-Khairat manuscript, a painting of Grand Mosque in Mecca and another of Grand Mosque, in addition to a curtain of cloth decorated with inscriptions. It belongs to the Gate of Repentance from reign of King Fuad I and other related artifacts.