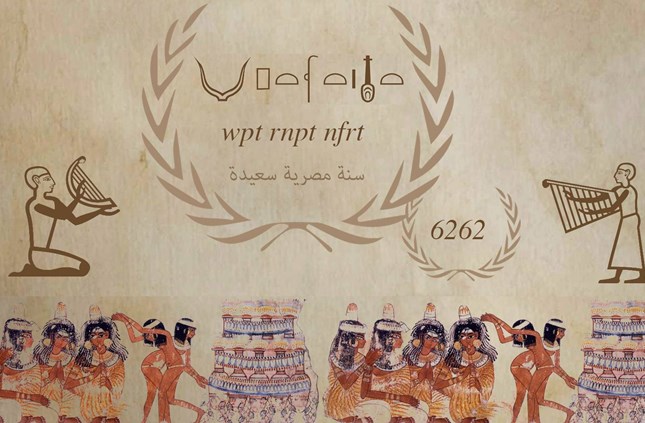 The ancient Egyptian new year, which began with the first day of the month of Tut, coincided with September 11th. The ancient Egyptian year was divided into three seasons that corresponded to the agricultural cycle. Each seasons contained four months, and each month was divided into a three weeks. One week was made up of ten days. The year begins with the Akhet seasons, in which the Nile floods and the land is prepared for farming. It is followed by Peret, the season of growing. The last season, the season of the harvest, was Shmw.

The month of Thoth

The Ibis symbolizes the god Thoth. The ibis bird appears at the beginning of the agricultural year, heralding the farmer to start the planting season. Thoth was the god of knowledge and wisdom. The month of Thoth was associated with some popular proverbs. It is said, "Thoth says to the heat, 'die!'," on account of the heat wave that hits during this month. It is also said "Thoth, water and do not miss," meaning that the peasant who does not irrigate his land this month cannot cultivate it, much in the way of ancient Egyptian farmers who depended on the Nile to irrigate their lands.