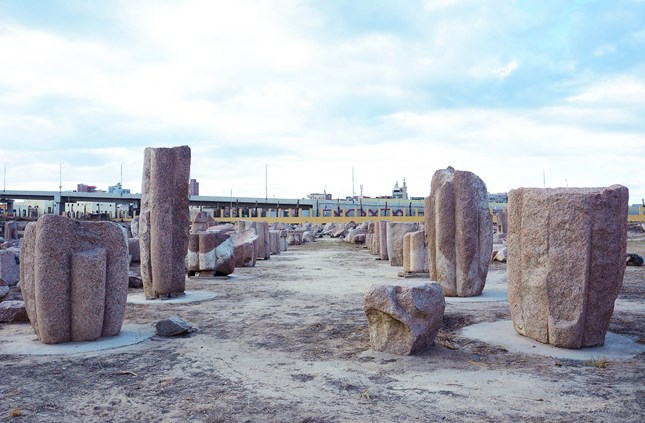 Tell Basta gets its name from the ancient Egyptian Per-Bastet “the house of goddess Bastet”, which was the cult center for the feline goddess Bastet, who in turn was associated with female fertility, as well as playing a main protective role.

Its strategic position at the eastern Delta, made it an important trade hub through which travelers could trade caravans to and from the Sinai and beyond. Most importantly, Bubastis was visited by the Holy Family during their journey to Egypt.

Per Bastet is also features the temple of Bastet and the statue of Queen Meritamun, the once daughter and then wife of Ramesses II (c.1279–1213 BC). In addition, one can also find the remaining pillars of the 6th Dynasty temple of Pepi I (c.2289–2255 BC), a large palace of Amenemhat III (c.1855–1808 BC), and remains from a well dating to the Roman Period.

Tell Basta has a long history of excavations undertaken by both Egyptian and foreign missions. Édouard Naville excavated the temple of Bastet between 1887 and 1889. Labib Habachi discovered the temple of Pepi I in 1939. A colossal palace of Amenemhat III was excavated by the teams of the Supreme Council of Antiquities and Zagazig University directed by Shafiq Farid in the 1960s, by Ahmed el-Sawi around a decade later, and then by Mohammed Ibrahim Bakr in the late 1970s and 1980s.