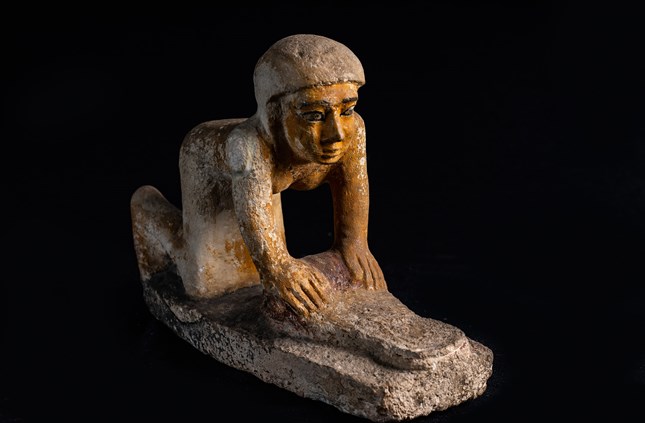 Bread was a staple food in ancient Egypt, as it continues to be today. The dead, just like the living, needed a steady supply of food to survive, so it is not surprising thatmany of the servant statuettes discovered in tombs are involved in the various stages of making bread, just like this one. Some are depicted kneading dough, and others baking bread, but before these steps, the grain had first to be ground. This particular statuette depicts a man performing this crucial activity. The presence of this first step in the bread making process could thus stand in for the whole, guaranteeing that the deceased would have all the bread he needed for eternity.